Cape Town has Street Art, too! 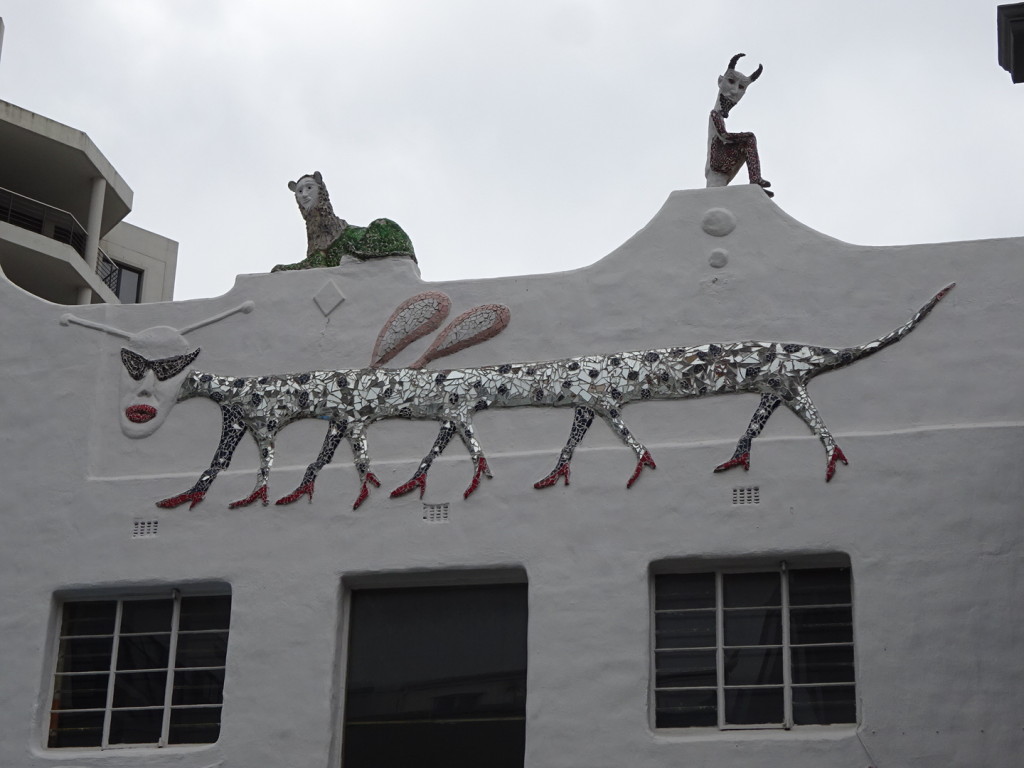 This one is actually a mosaic, but I couldn’t resist including her!

One thing I’ve learned on our trip is that there are artists expressing themselves everywhere and in every way possible! It’s been so inspiring seeing so much – lots of craftwork, many jewelers, a few textile artists and, of course, painters! Today I present some of the street art we’ve come across here in Cape Town, South Africa. It’s been nice to see it again after learning that it really isn’t common in Tanzania. Apparently there it would be looked at as odd by the villagers according to our guide, David. Here, like in much of South America, it seems to be pretty common in the more derelict areas which then start to draw more money back in – sort of a gentrification process. That’s what was taking place in Buenos Aires and here it is happening in the Woodstock neighborhood where we first stayed in town. 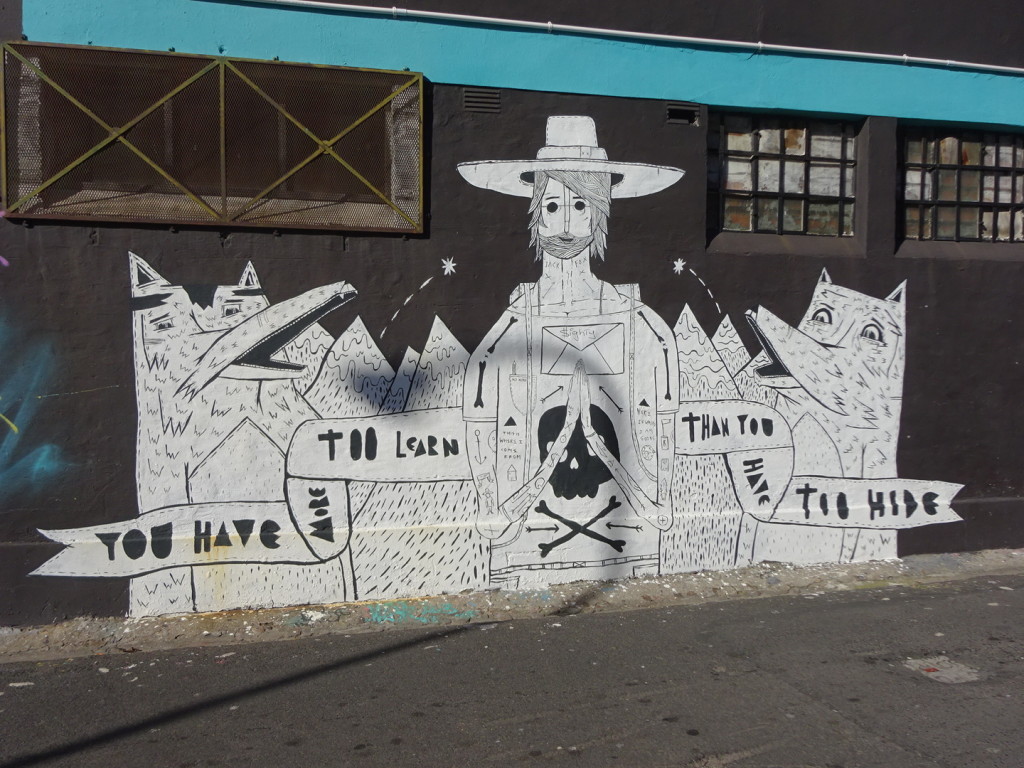 Found a few by this artist around Woodstock… 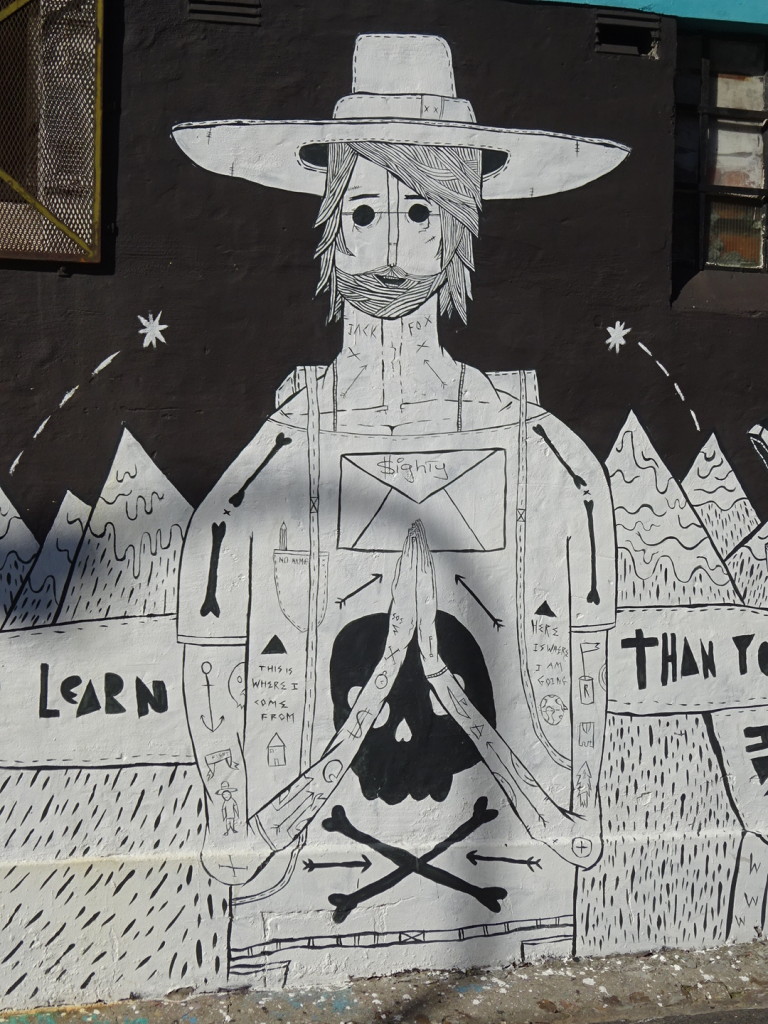 …he’s definitely got some equality messaging going on. 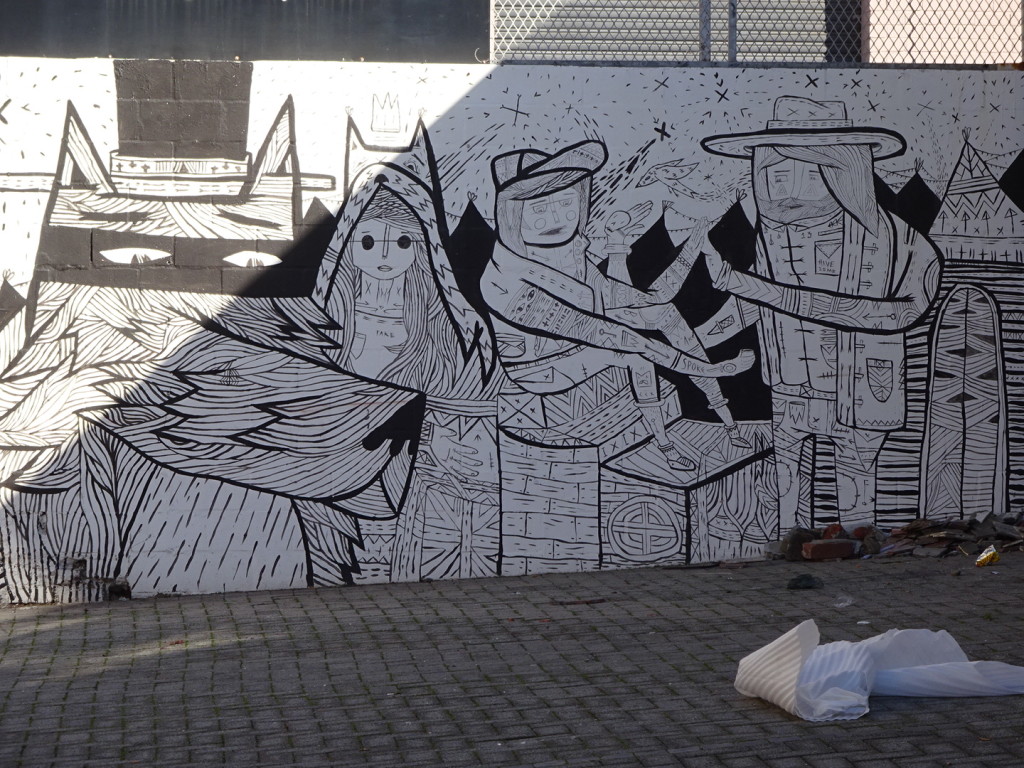 Another by this fellow. 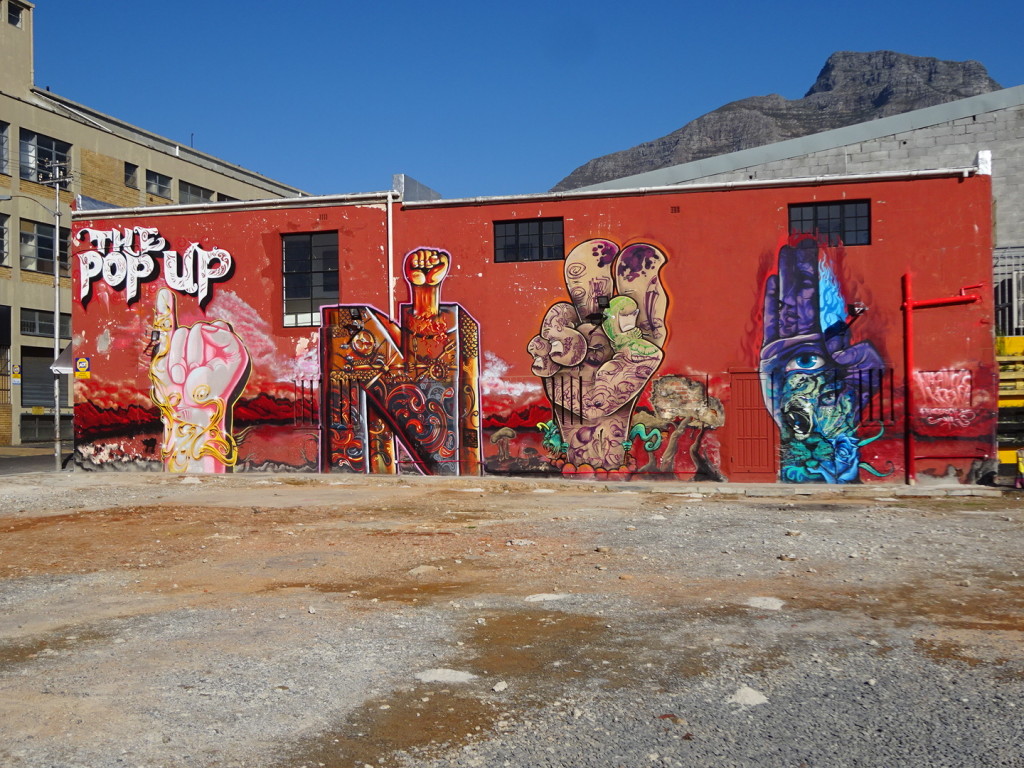 This was the side wall of a place called the Pop Up Shop. It was never open, but I’m guessing it was a gallery. 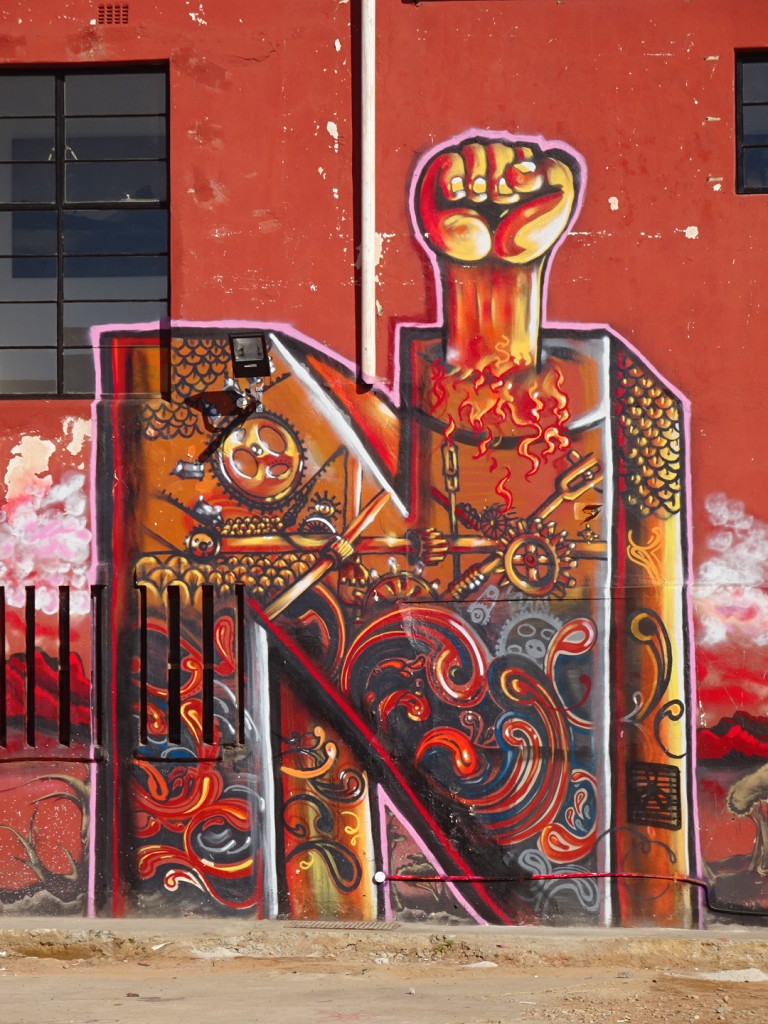 Power to the N! 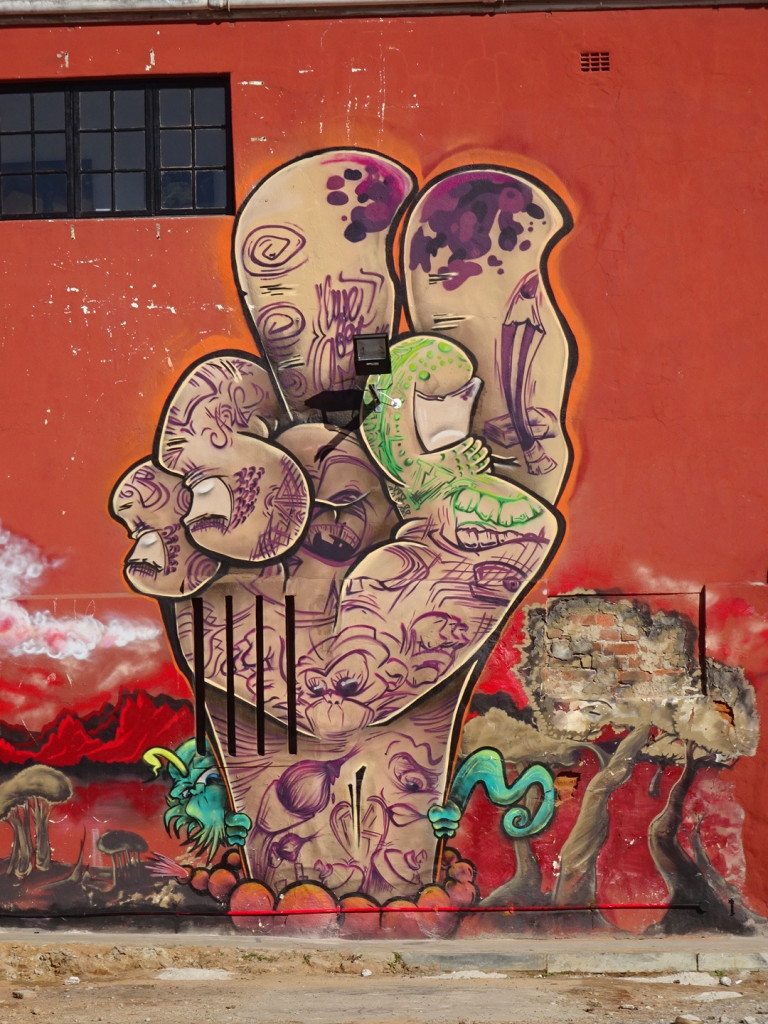 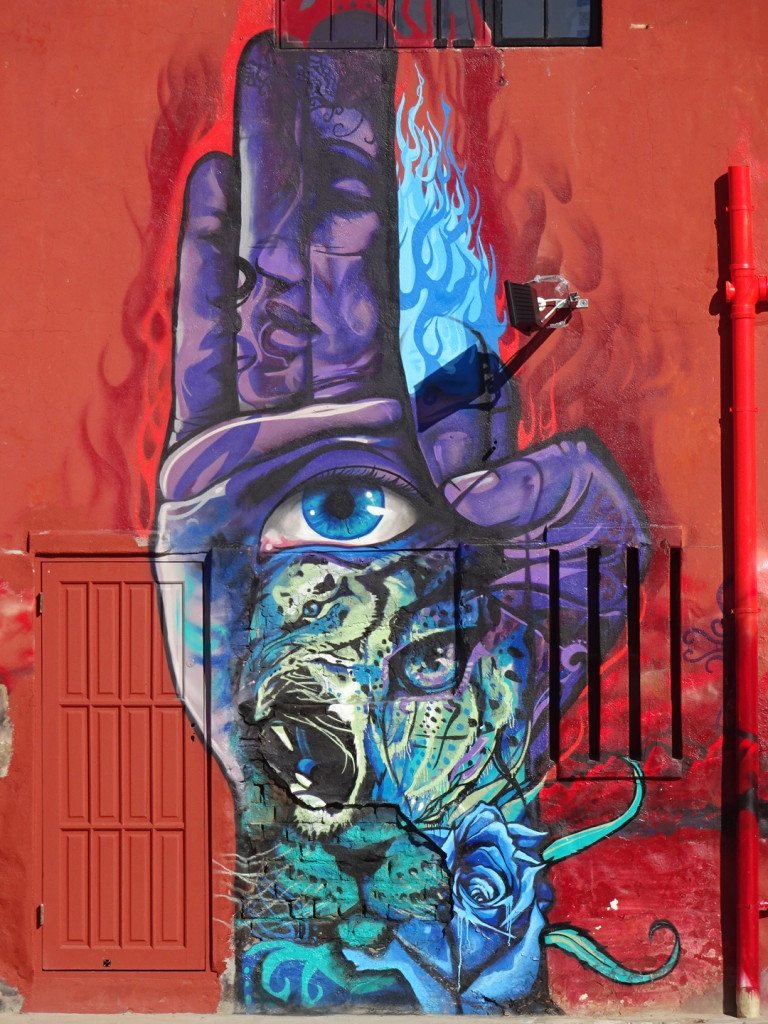 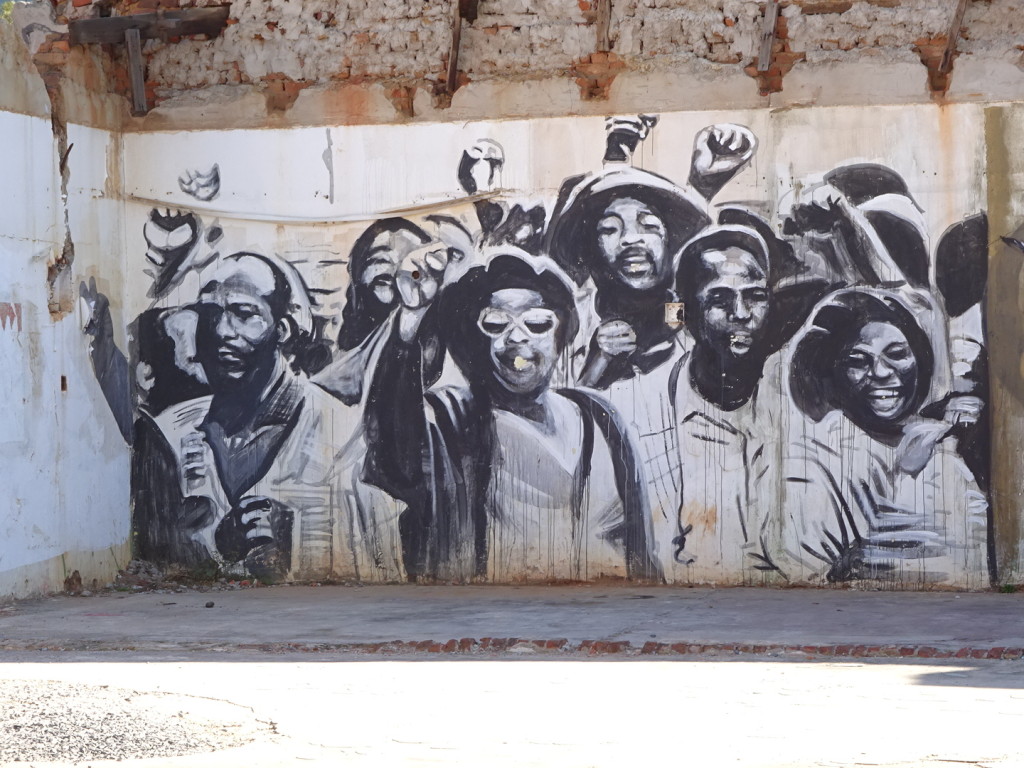 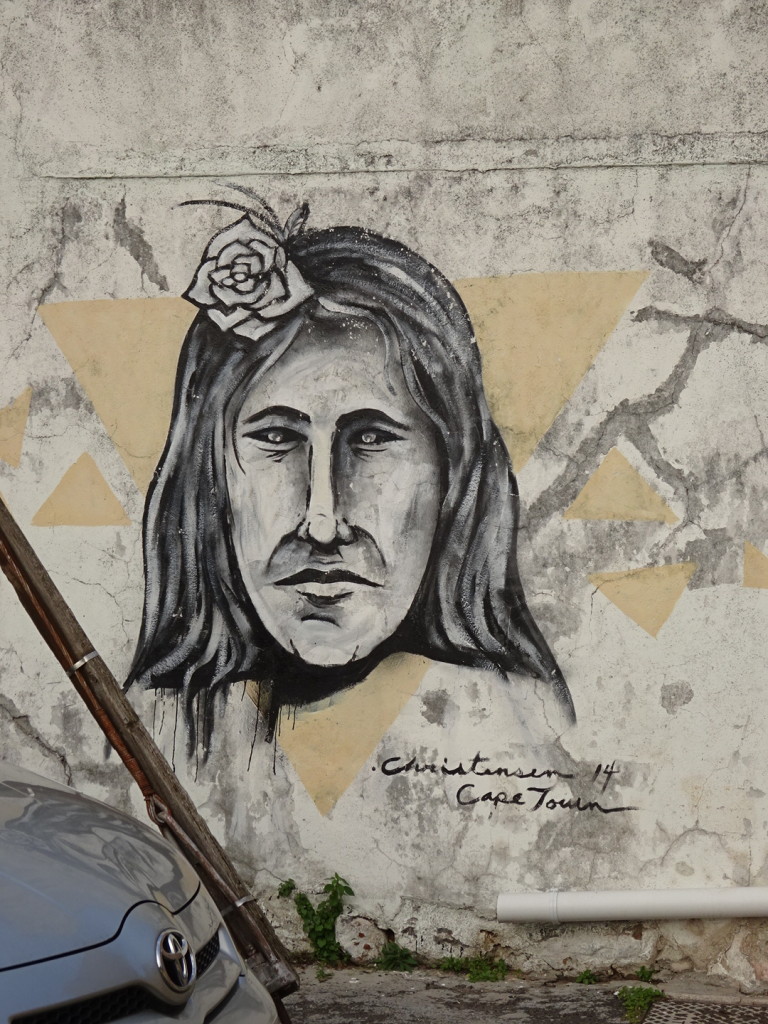 Rather different from the rest of the pieces we saw. 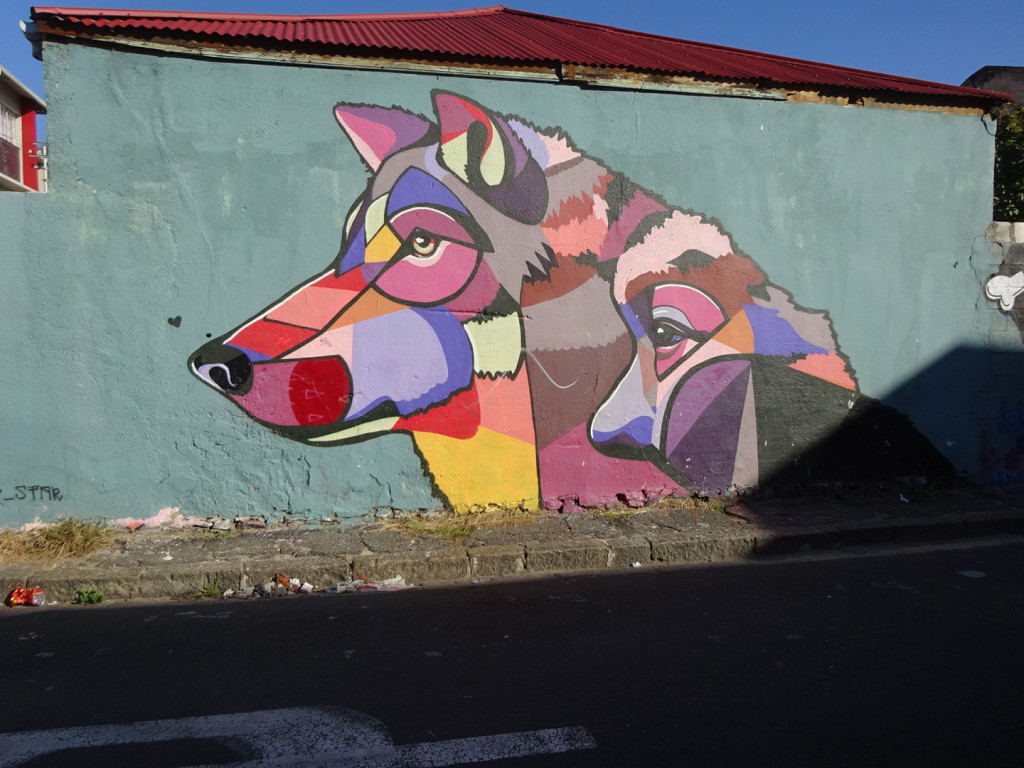 This one REALLY reminds me of the homeless man and his dog mural from back in Buenos Aires! 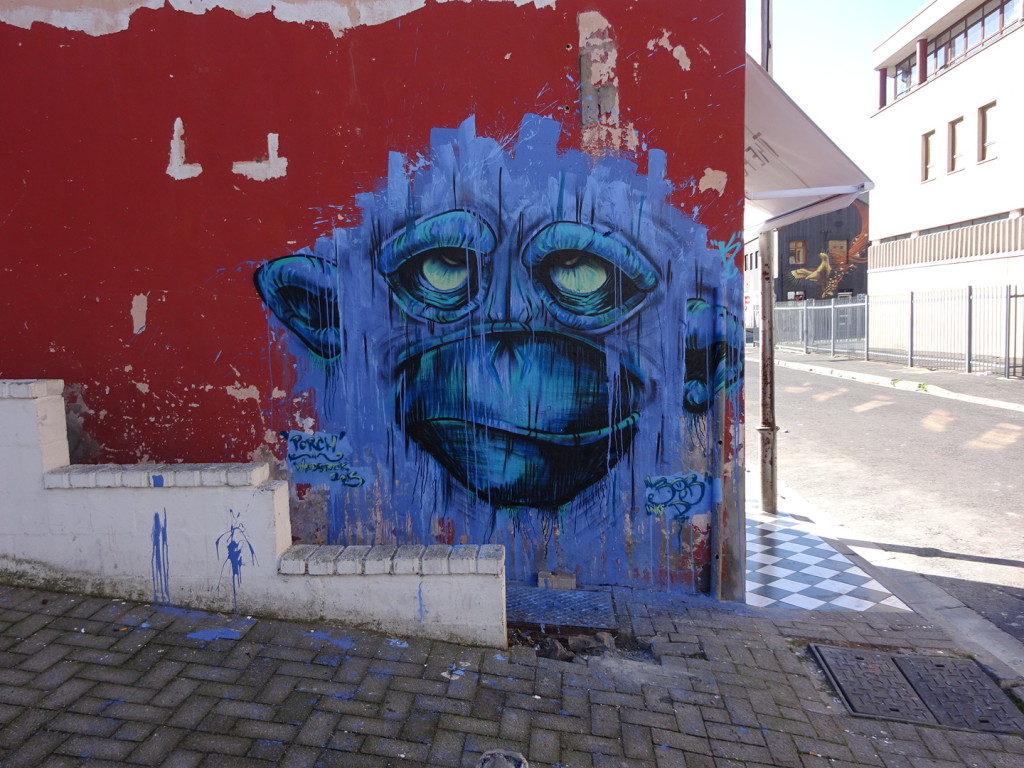 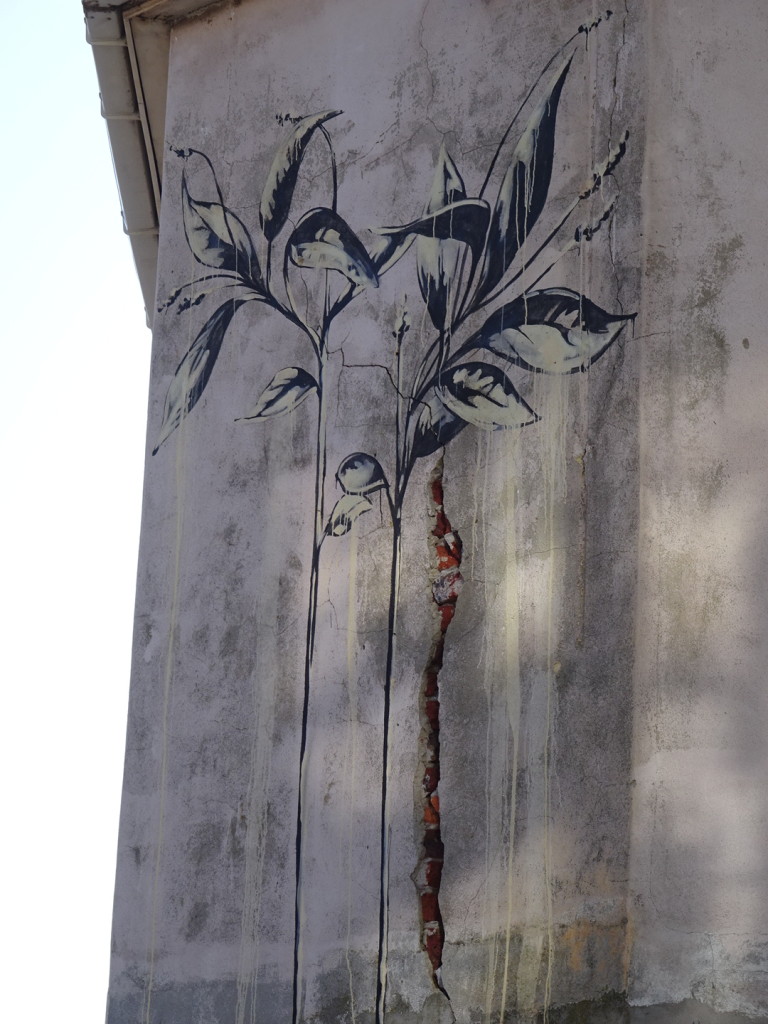 Somehow the bricks showing through the crack just add to the image for me. 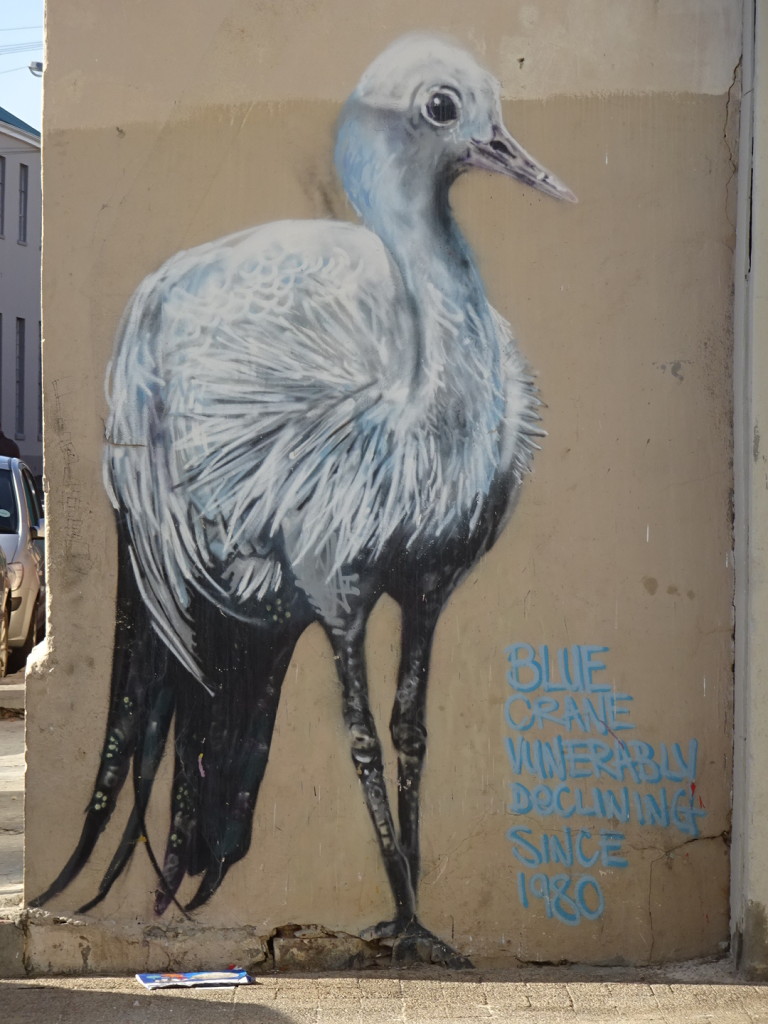 After Woodstock, we moved to a more upscale area called Tamboerskloof. Being a more monied area, there aren’t so many big, open walls…so not as many paintings. There’s still one or two, though! 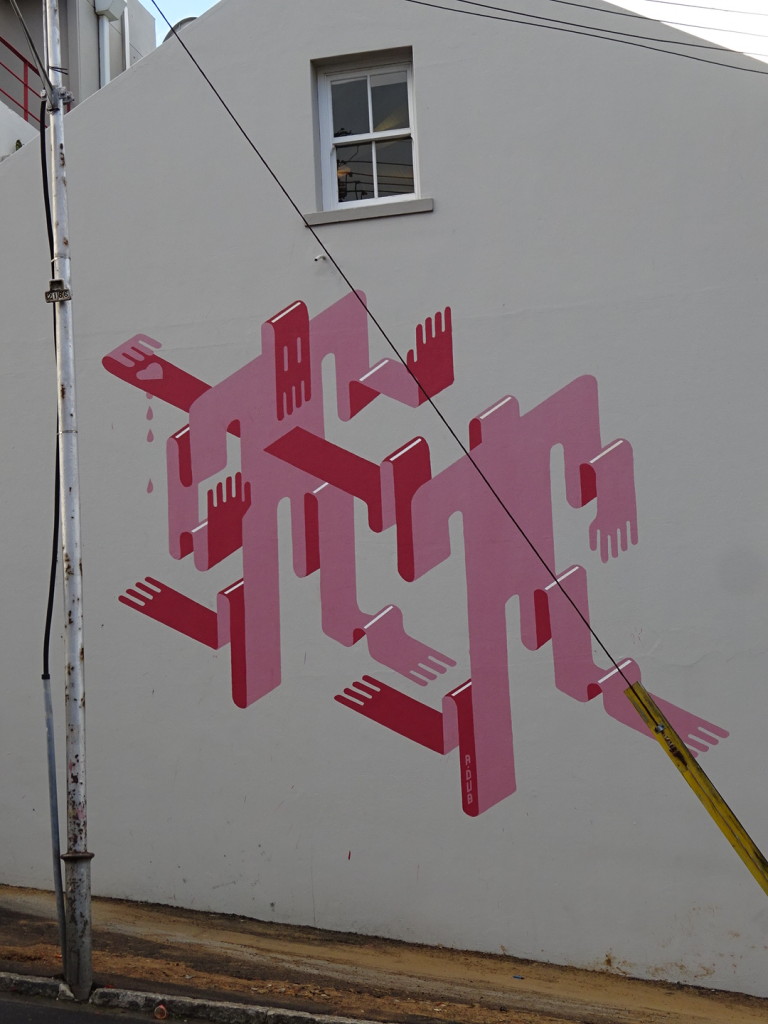 Tamboerskloof gets in on the action! 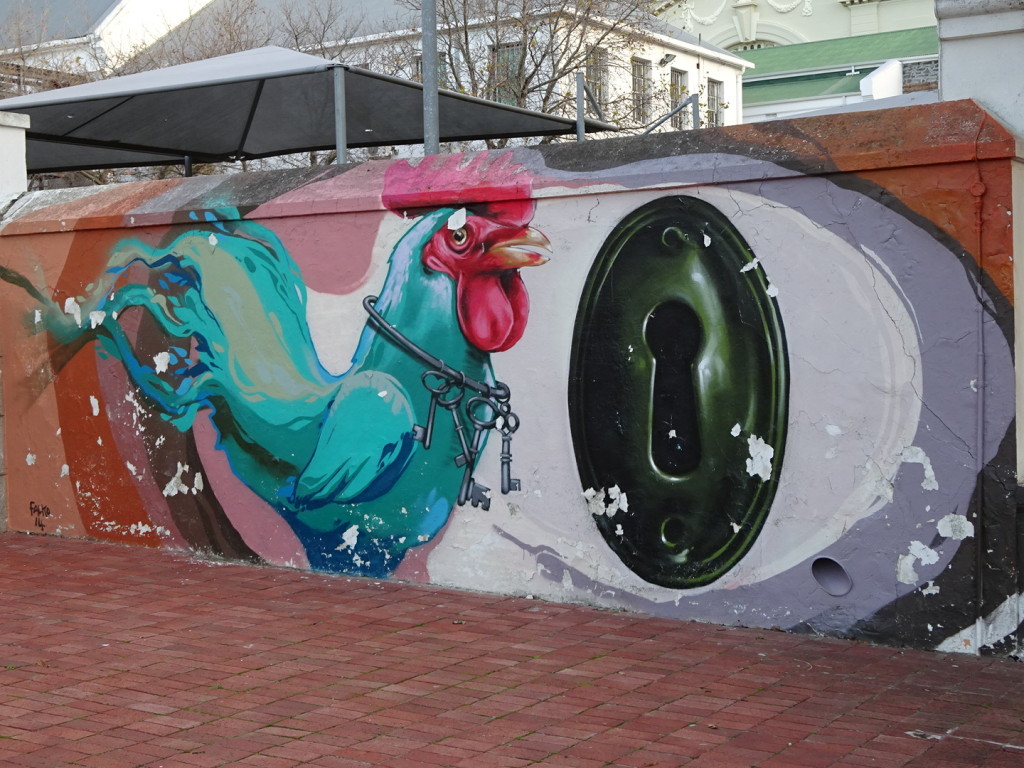 It’s mighty well done, but I sure don’t get it – roosters have the keys to the lock in your eyes? Hmmm.

Then there’s the area known as the Gardens. It’s got a number of studios around it, as well as most of the cities museums…and a bit of street art to boot! 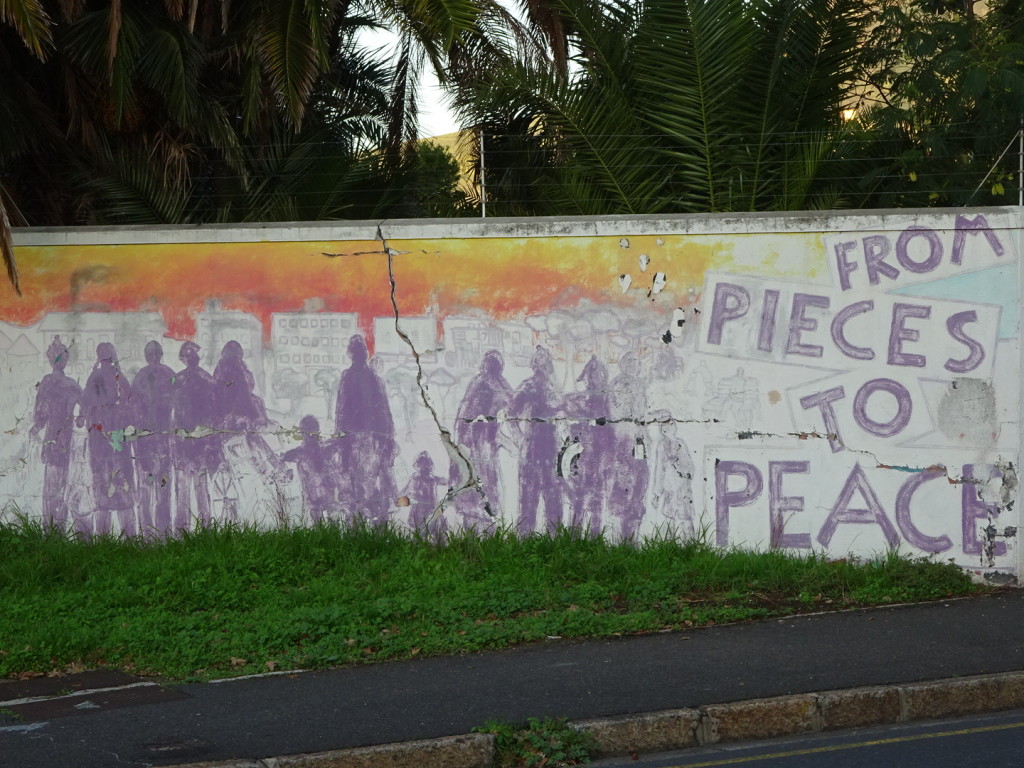 A little worn down, but a classic sentiment, eh? 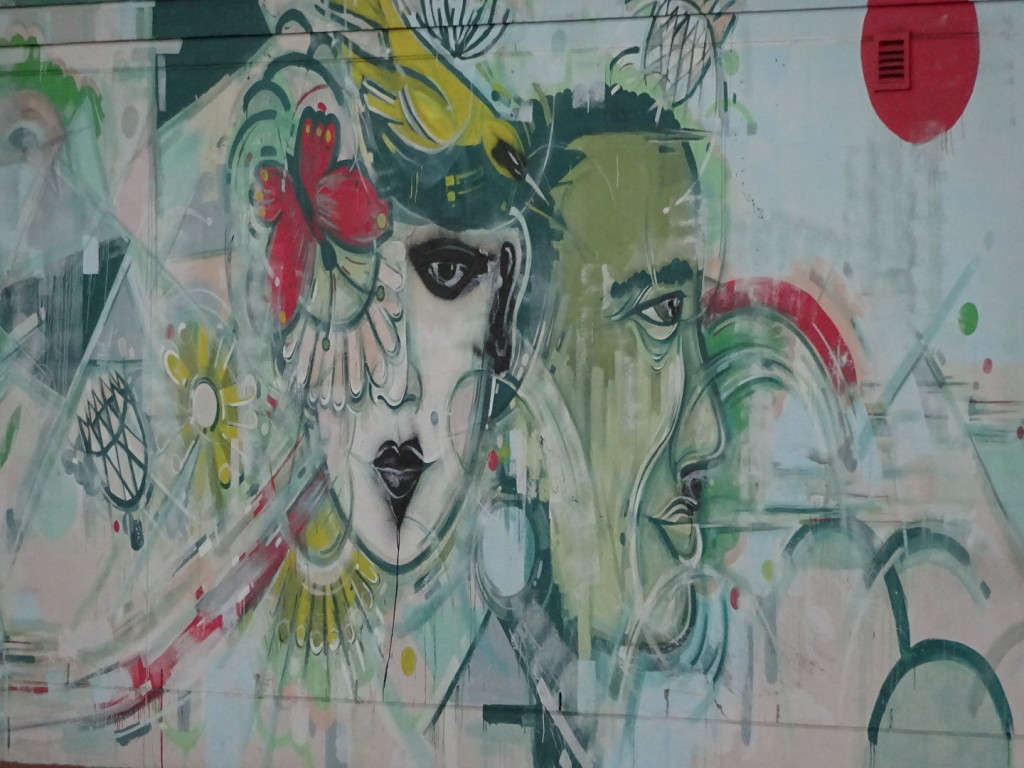 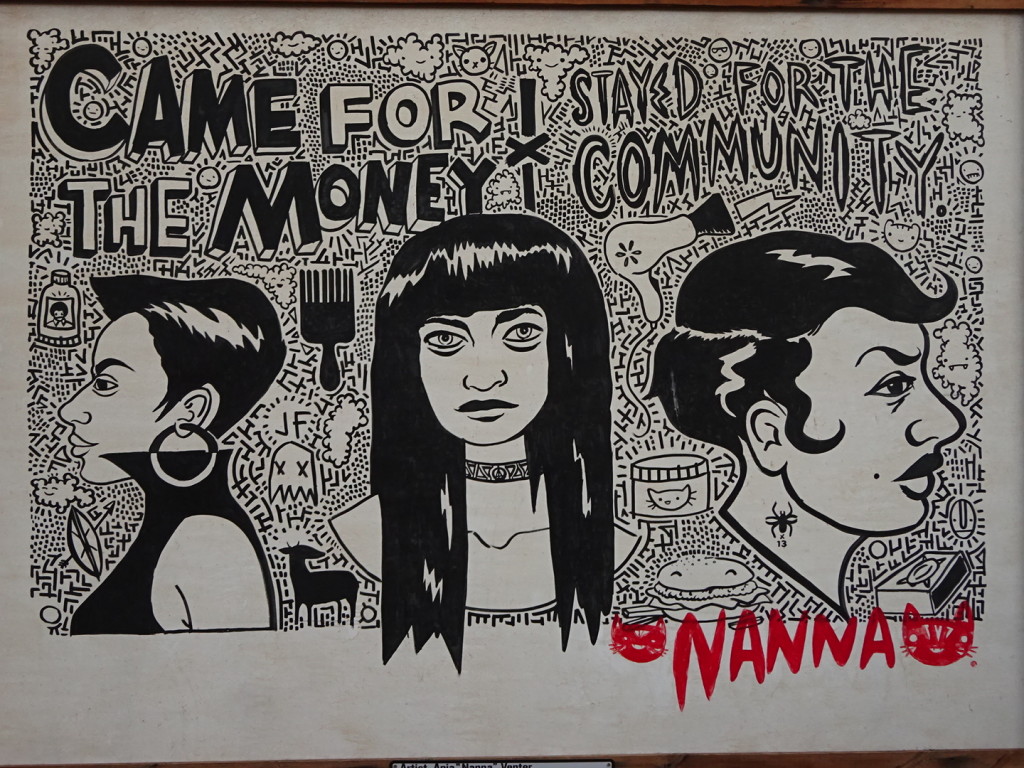 Though similar in it’s black and white, this is different from the artist in Woodstock.

The Primal Herd! Not quite the herds we saw back in Tanzania, but inspiring nonetheless! 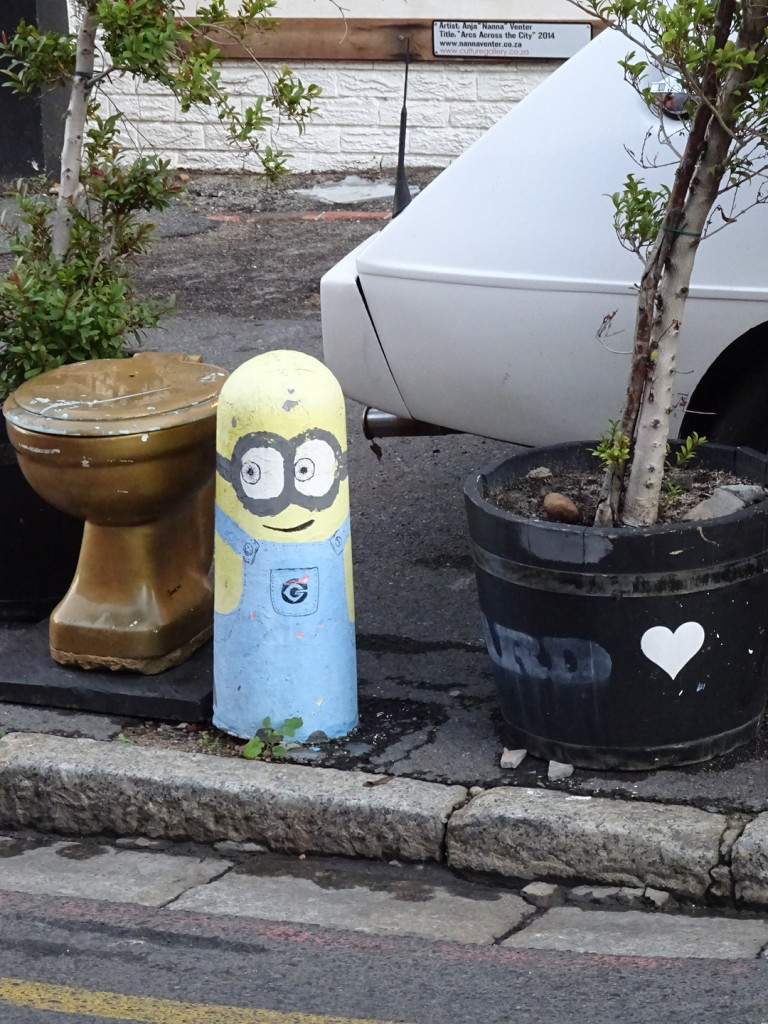 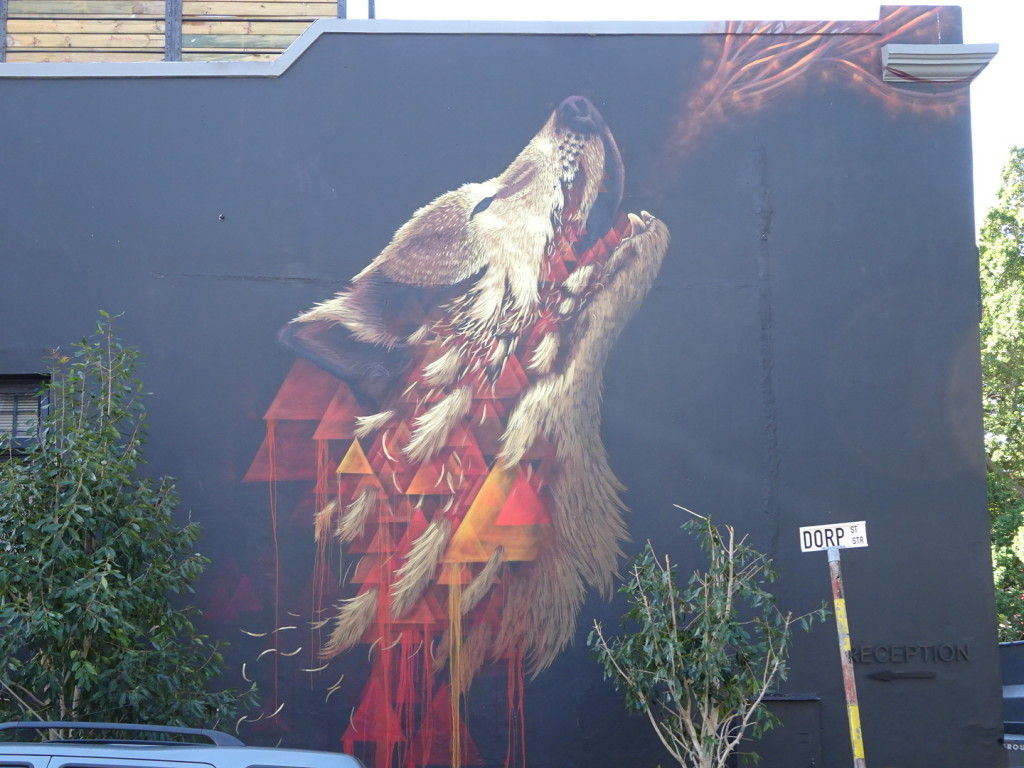 Ahhh, I do love me some great street art! 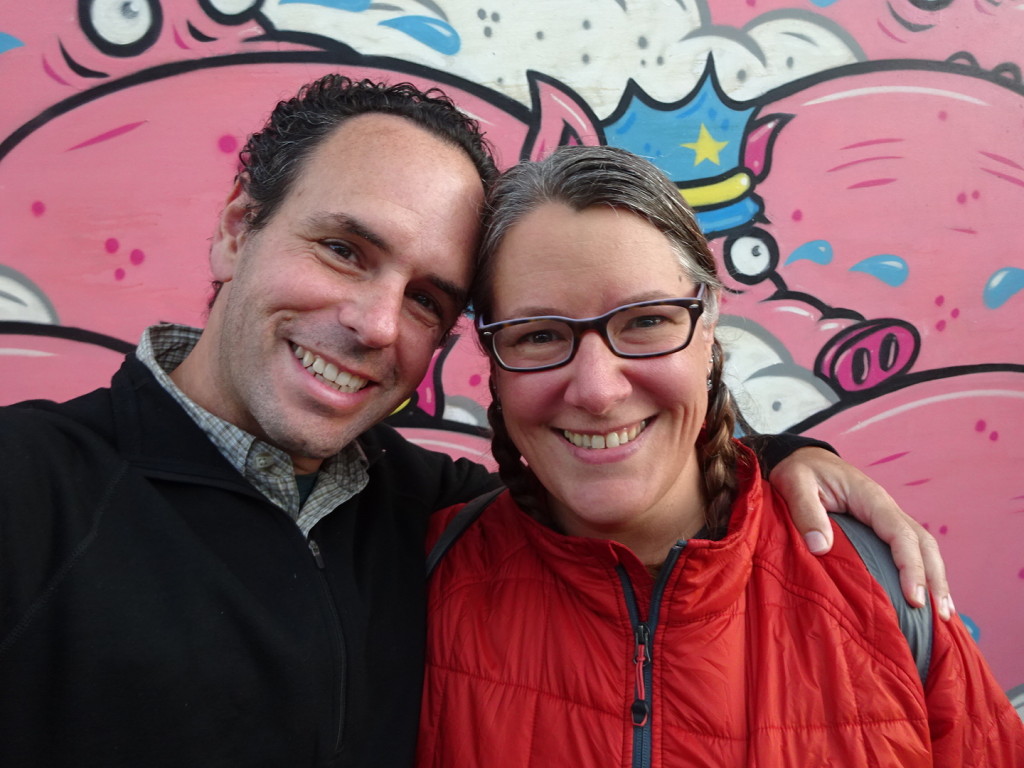 Can you tell how happy seeing street art makes us?

« Tanzania Travels Part 5: Exotic Zanzibar and Returning to Life On Our Own
Tanzania Out-takes »