LEGO – The Art of the Brick! 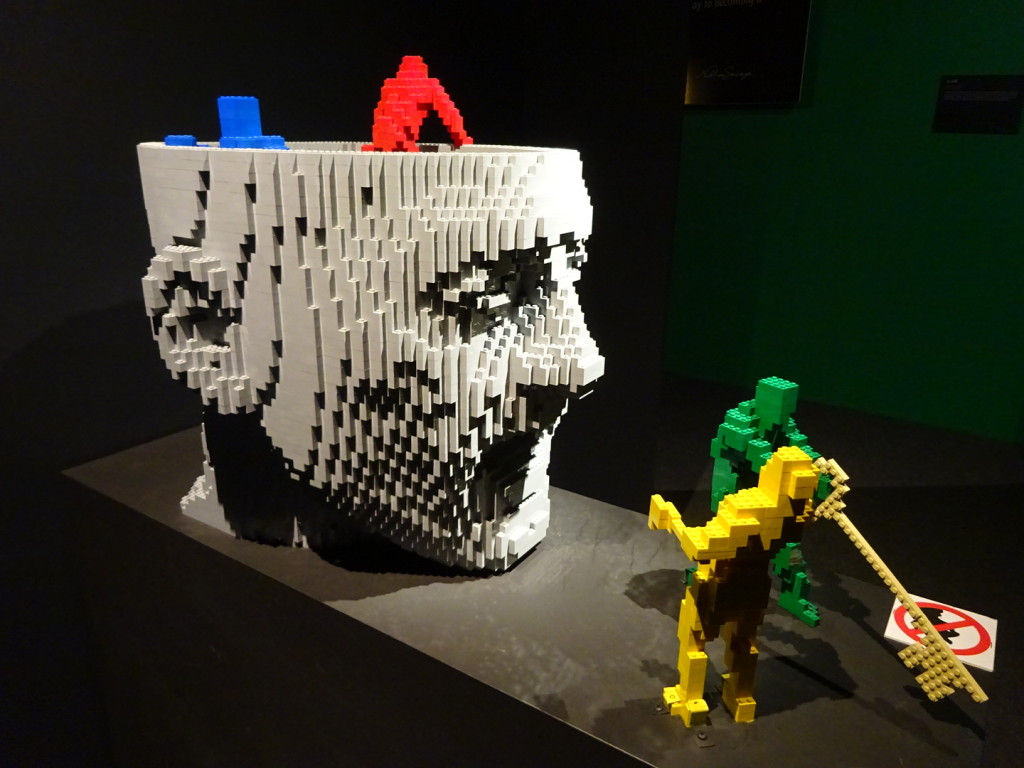 I think anyone under 50 has some sort of childhood memory of LEGO bricks (even if it’s just stepping on a stray piece in your bare feet – we’ve all done that!). When Aaron was a kid, PapaBarr would wake up early on the weekends and make a LEGO creation and it for leave him and his sister. Andy and I used to fight over the LEGO bricks, but it was one of the few toys we could both play with at the same time. I went to college with a tub of LEGO (and yes, I know that sounds weird, but it really is LEGO, not LEGOs). So imagine just how excited we got when we accidentally ran into “Art of the Brick” – a LEGO brick sculpture exhibition here in Johannesburg! OMG! Lego + Art! AWESOME!! Then even more good news: it was two for one day. “Half price? Why, yes, I’d like two tickets please!” 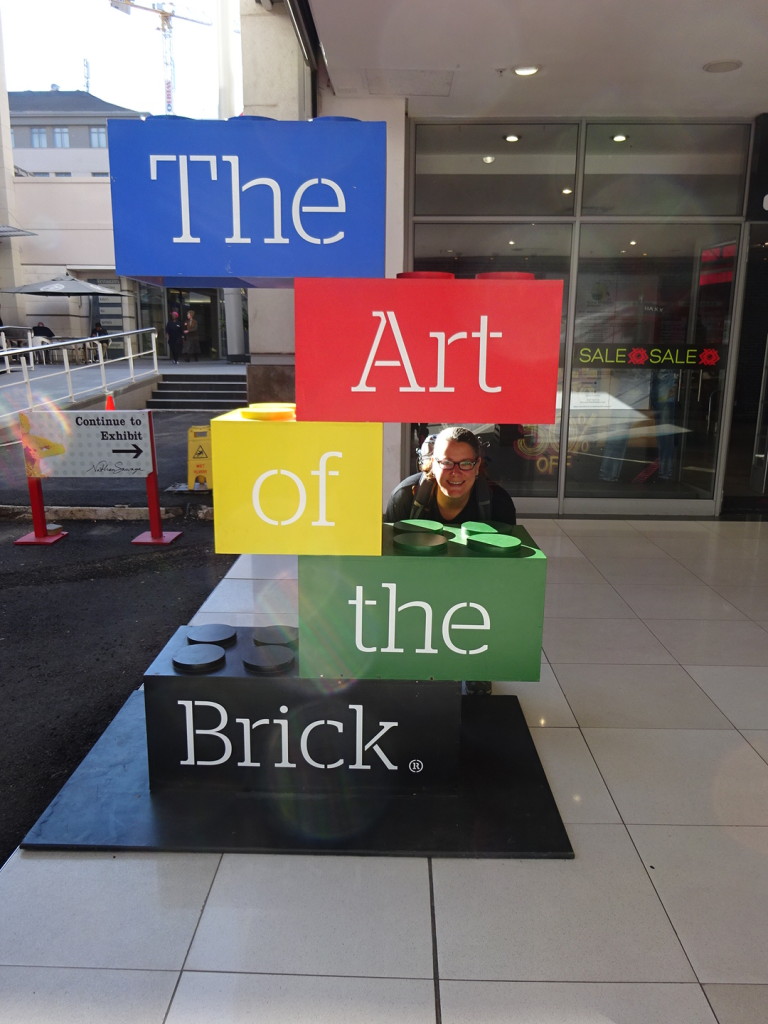 It’s an international exhibit – definitely go see it if it comes to your city!!! 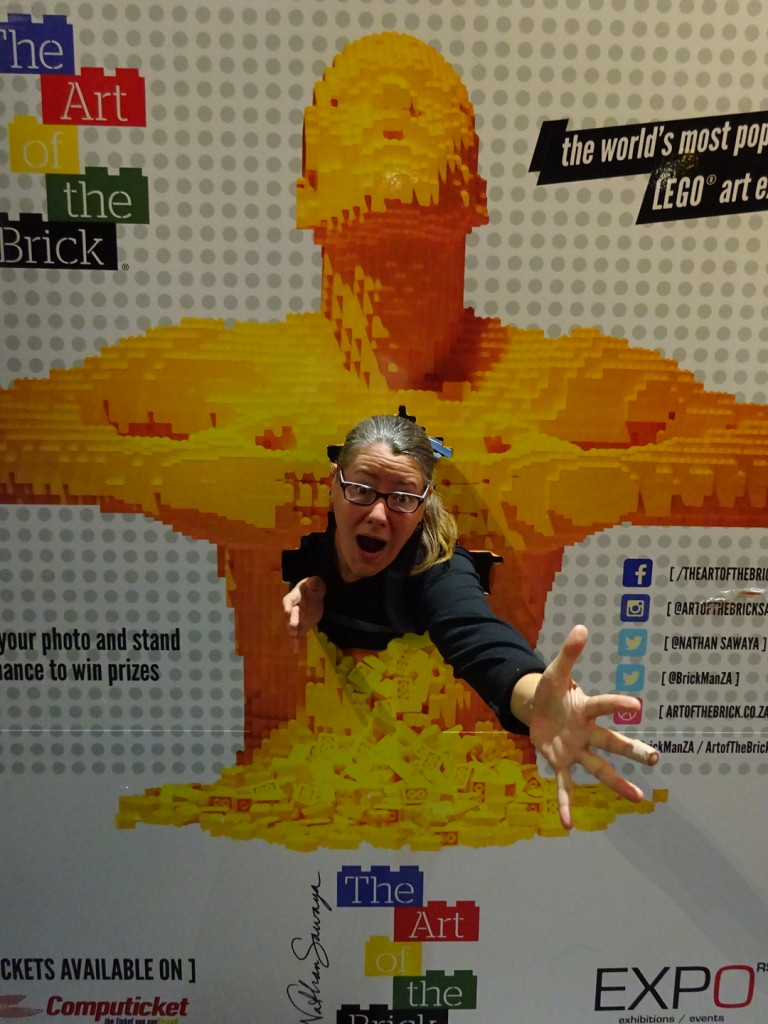 I think I’m having a break-through!

Nathan Sawaya is a corporate lawyer turned LEGO sculptor. He has a strong message about following your own path and doing your own something-big, which we appreciate! His work is just spectacular. You have probably seen him as he’s been on all the morning shows, CNN, Colbert, the Tonight Show and tons of other media. One thing about corporate lawyer-cum-artists: they’re connected! 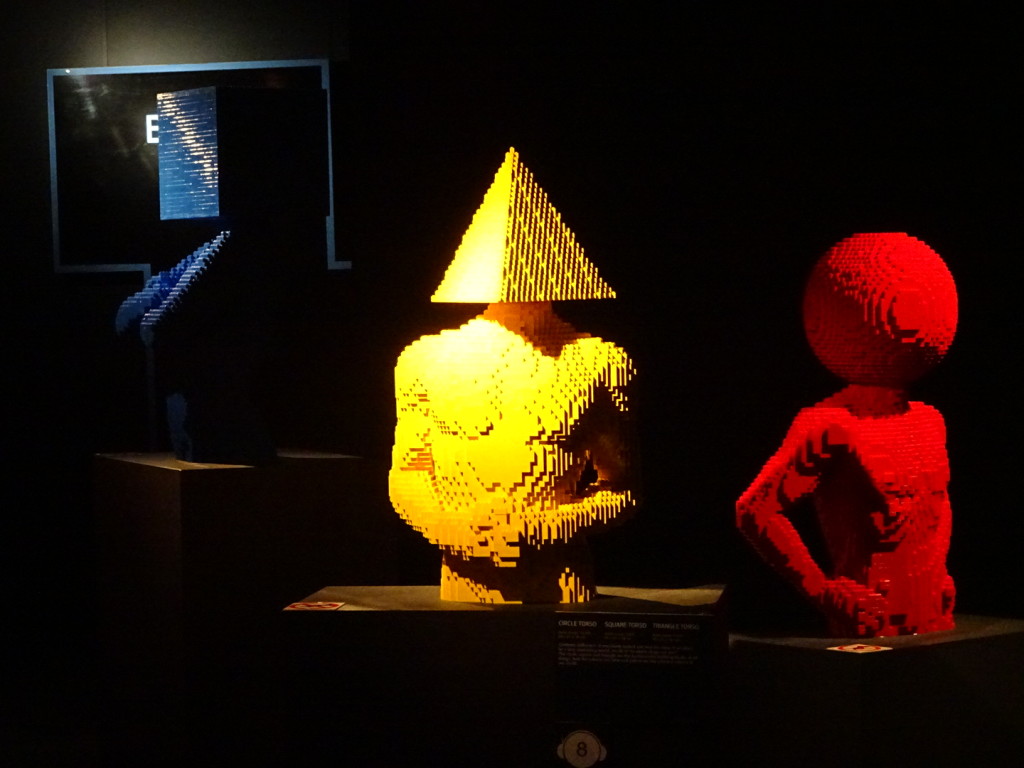 Geometry is his forte! 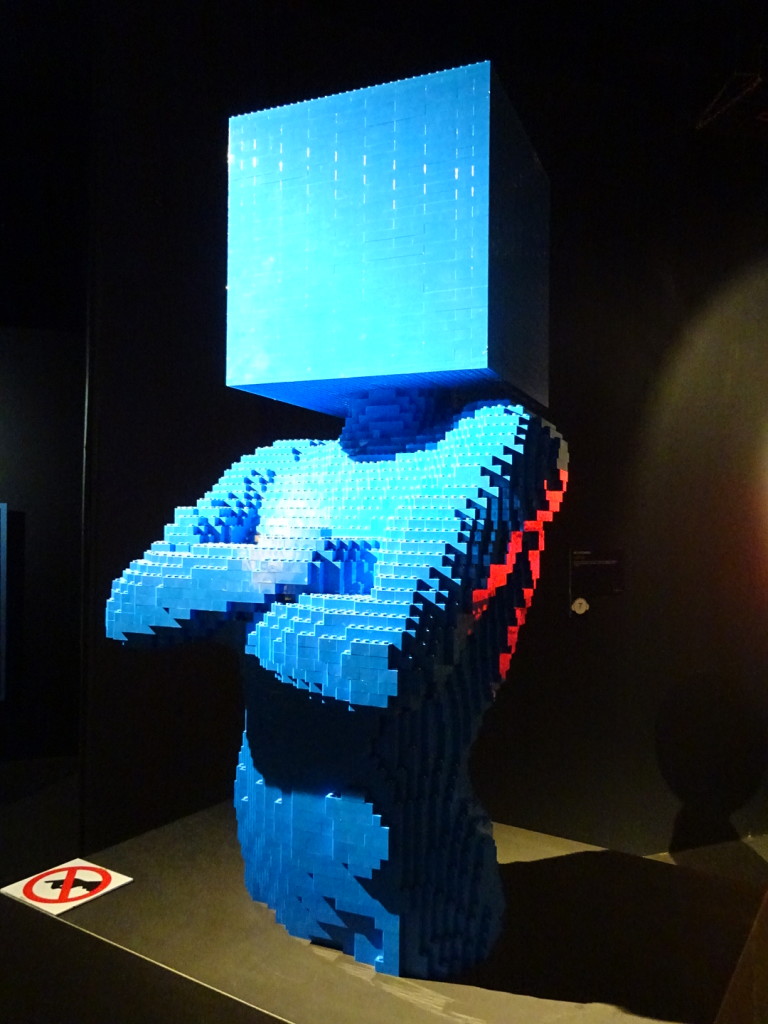 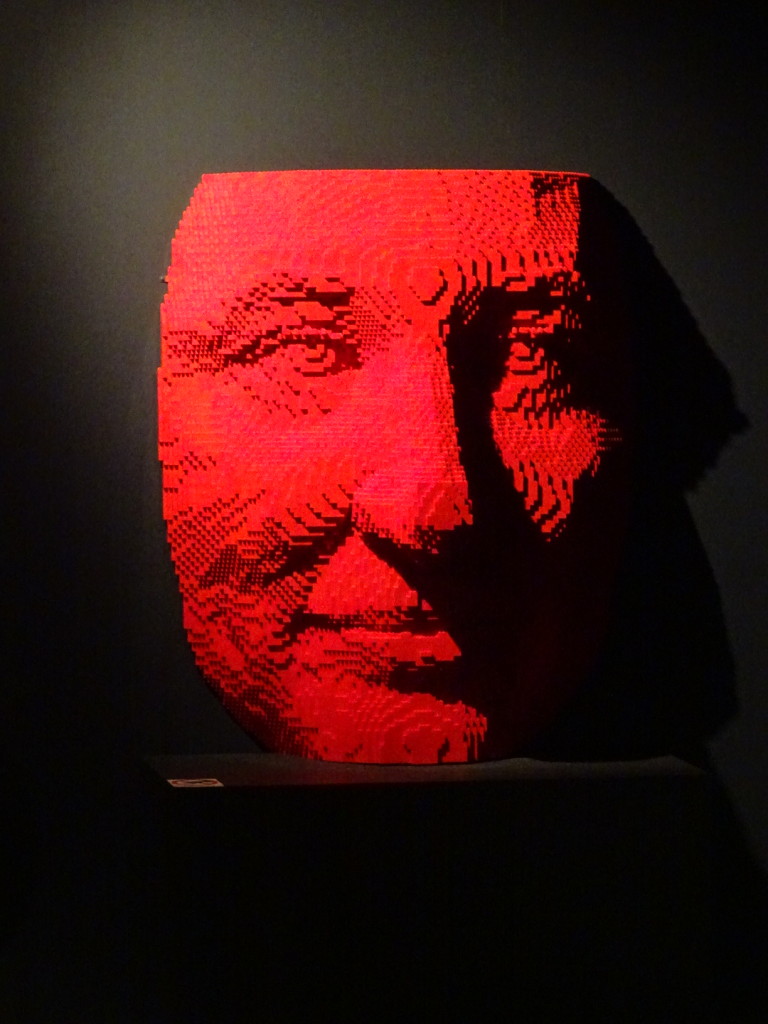 Face it – this guy’s got talent! 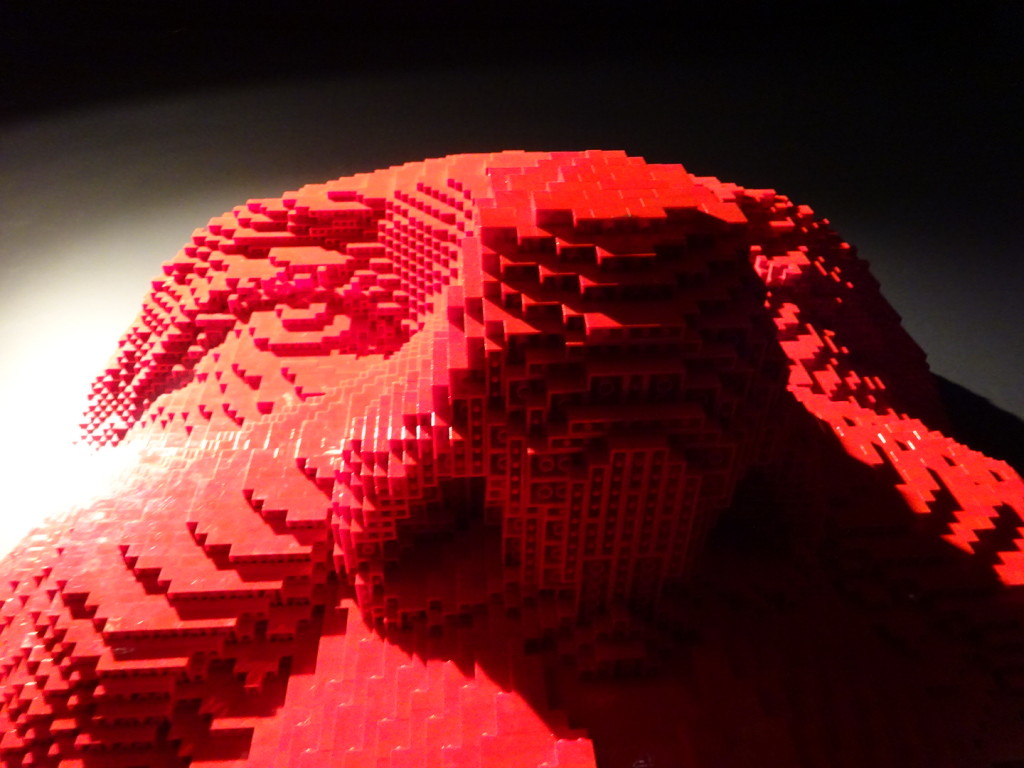 Aaron likes to show things from an angle just sliiiightly different from everyone else! (PS – I wanted to title it: Aaron Loves A Big Schnoz, but he vetoed it for some reason!) 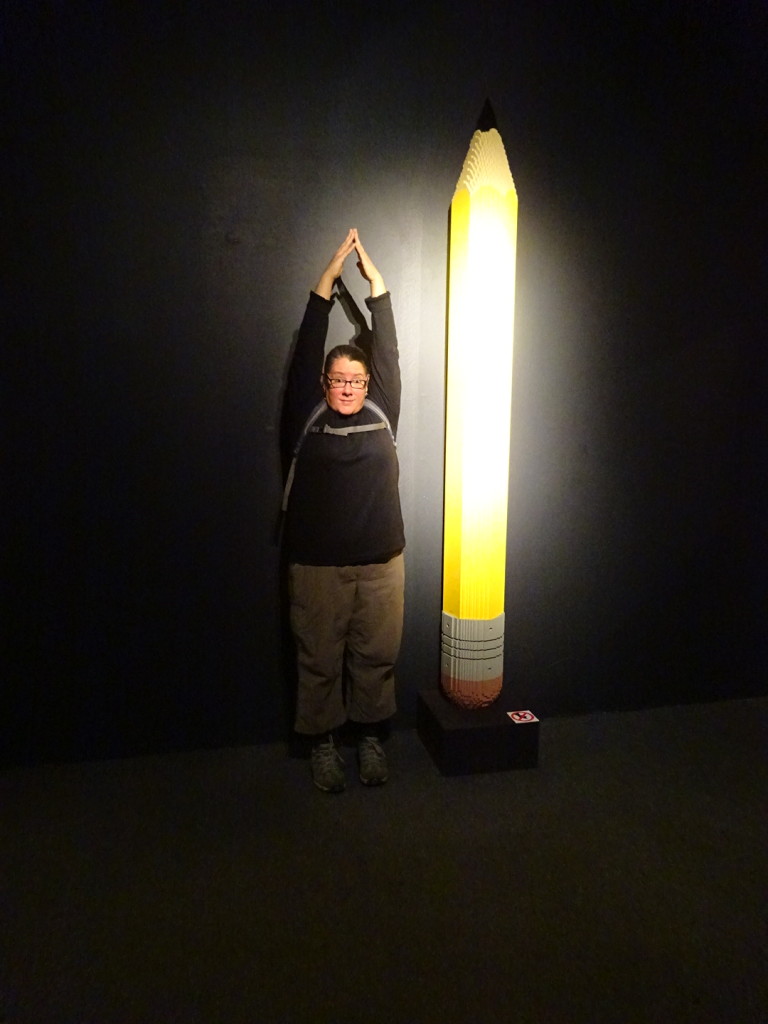 Why, yes, I DO have a pencil you can borrow! 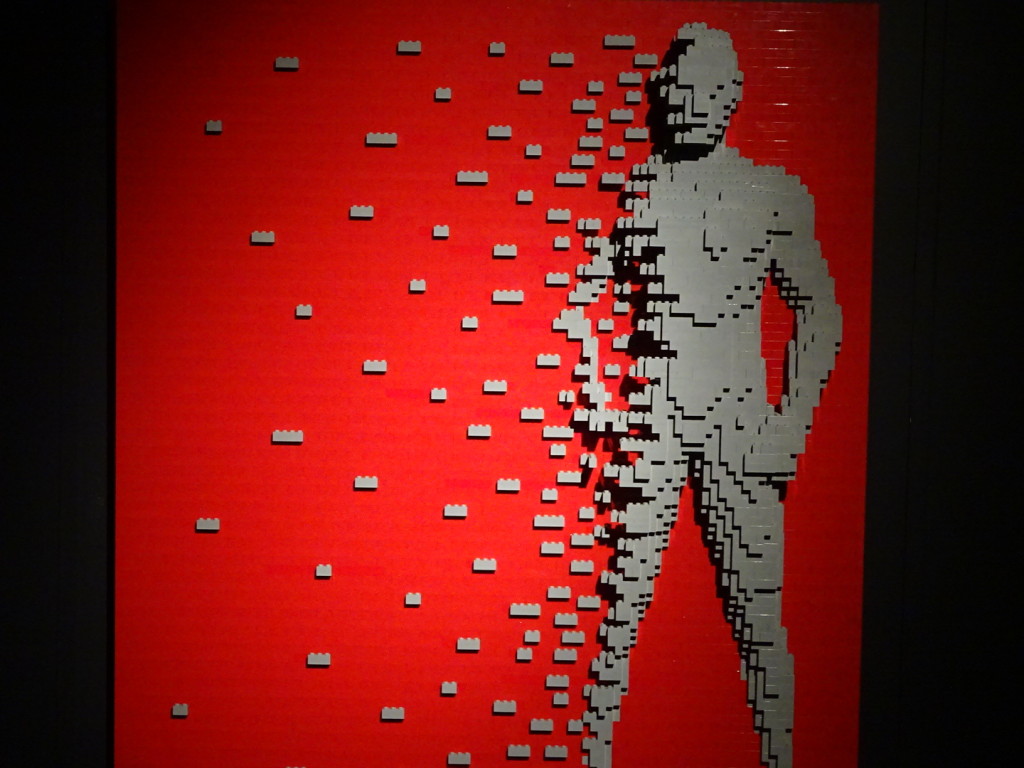 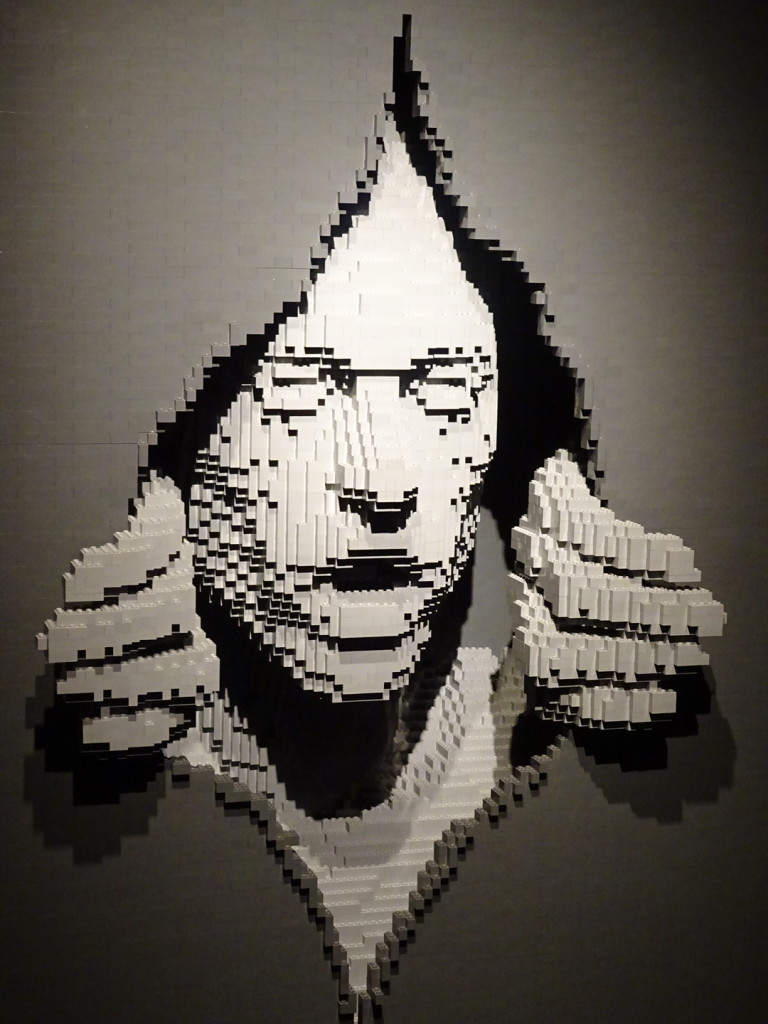 Get me out of here!

One of the things I loved was how Sawaya described classic pieces of art in language that children (and the rest of us) can truly relate to and understand. This exhibit proved to be not only a great art exhibit on its own, but a fine entry into art period. 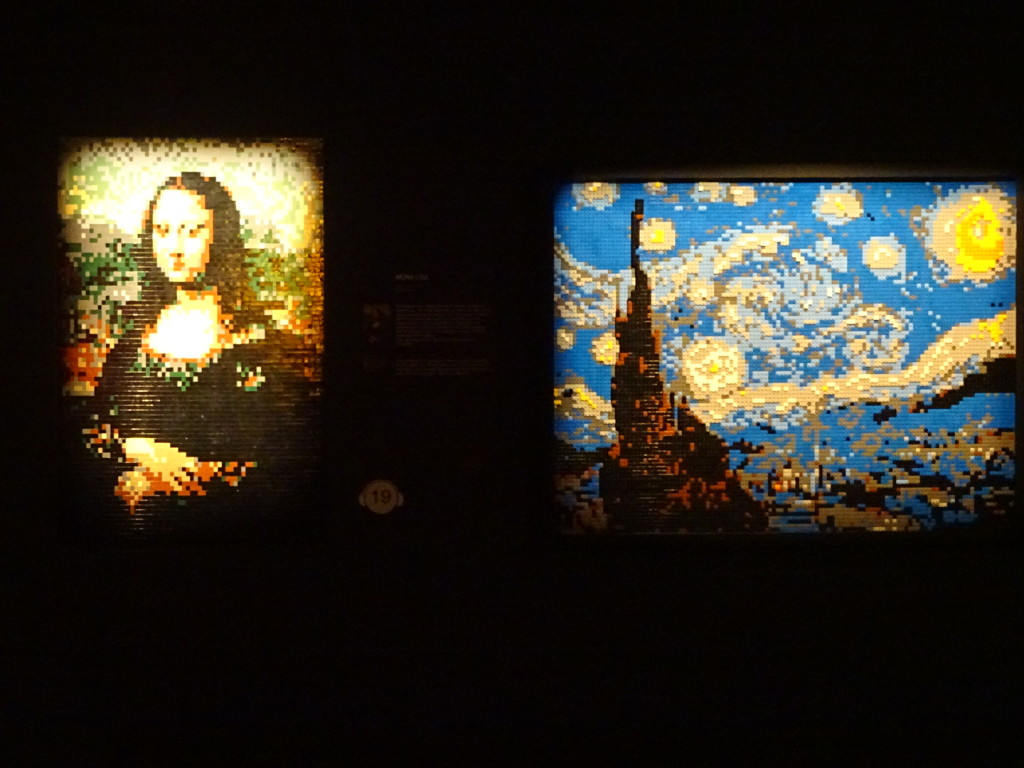 I think you probably already know these…

Darned impressive shading when you only have the specific LEGO colors to work with! 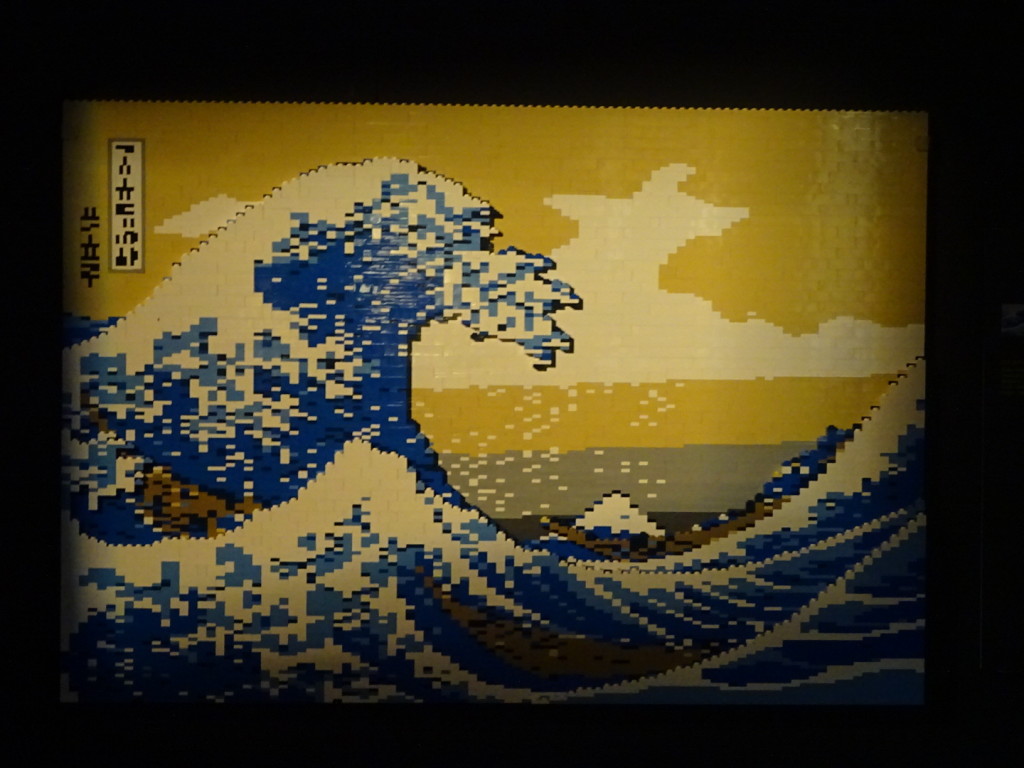 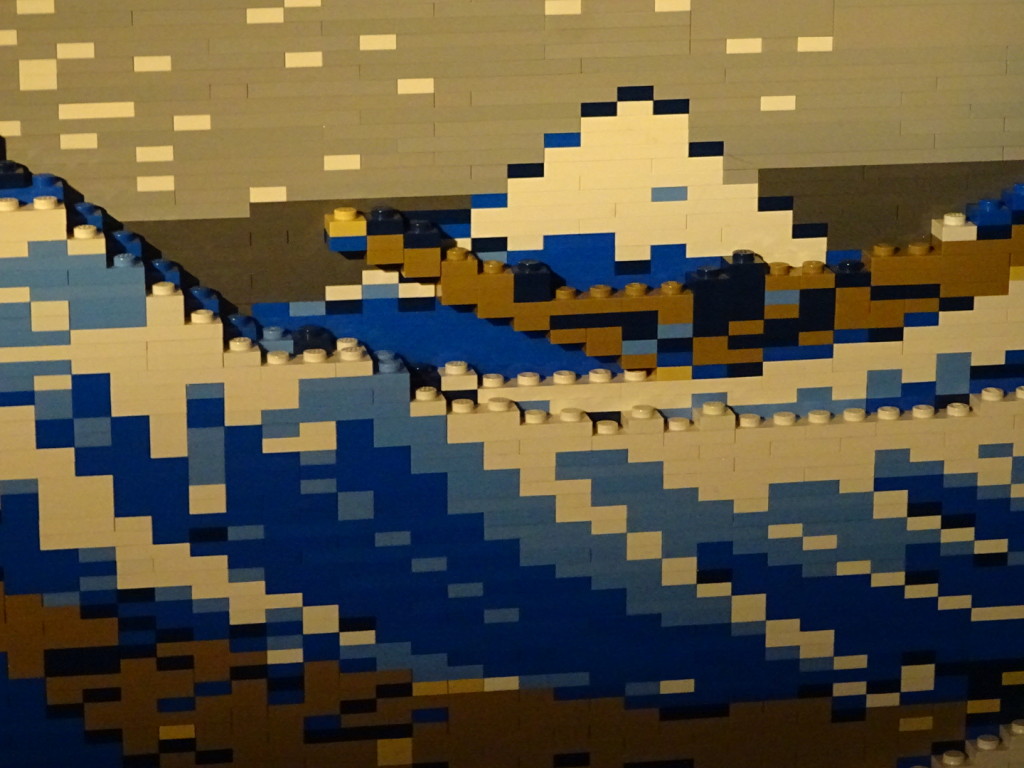 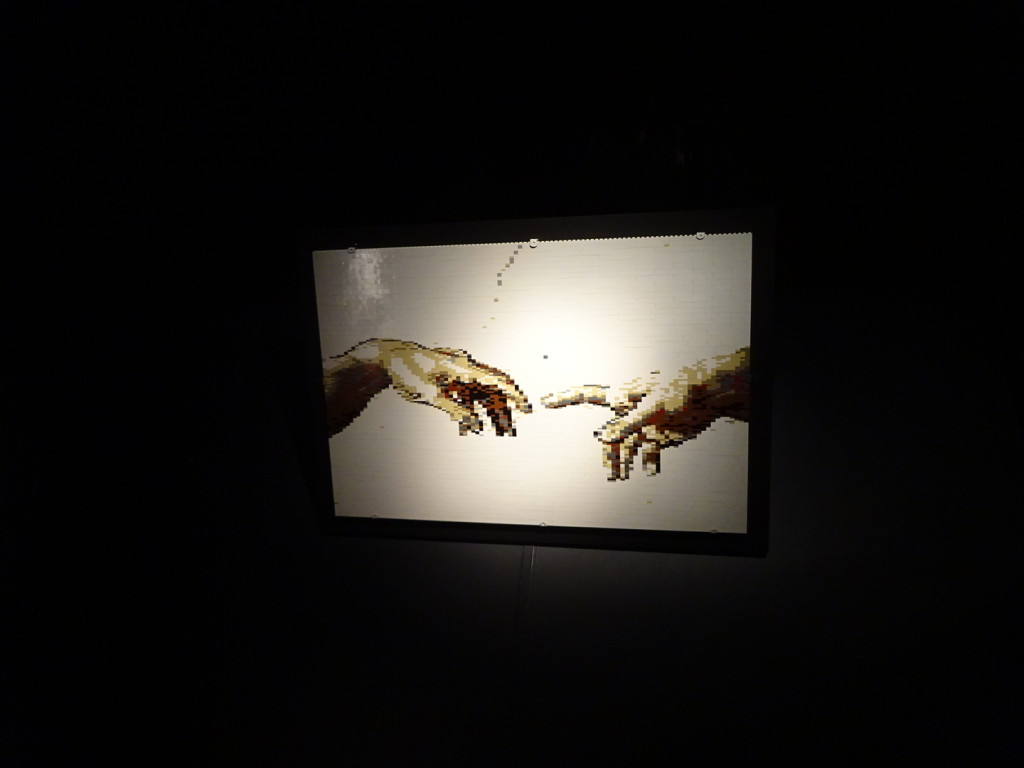 LEGO are made to be touched! 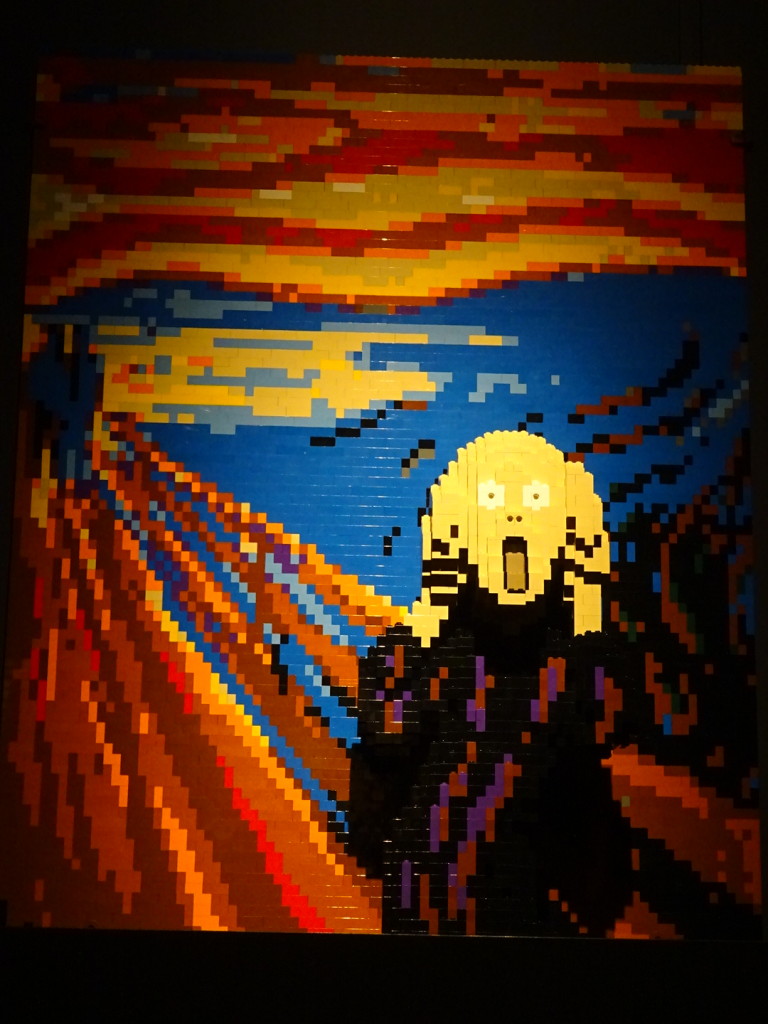 2-for-1 was a screaming good deal! 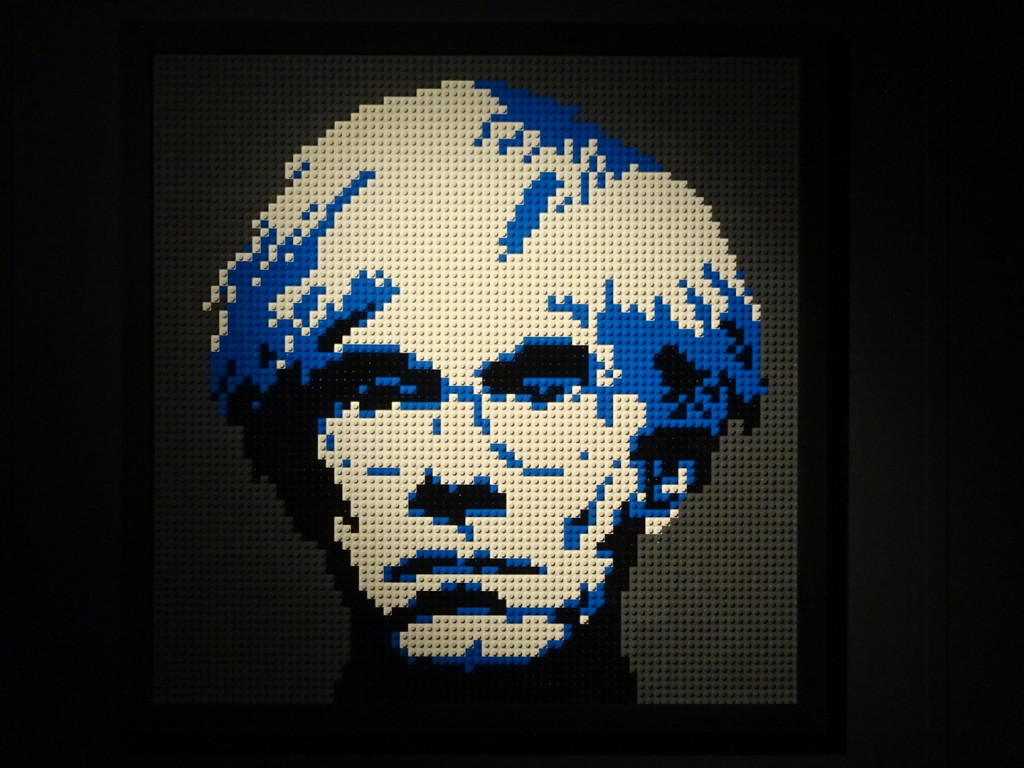 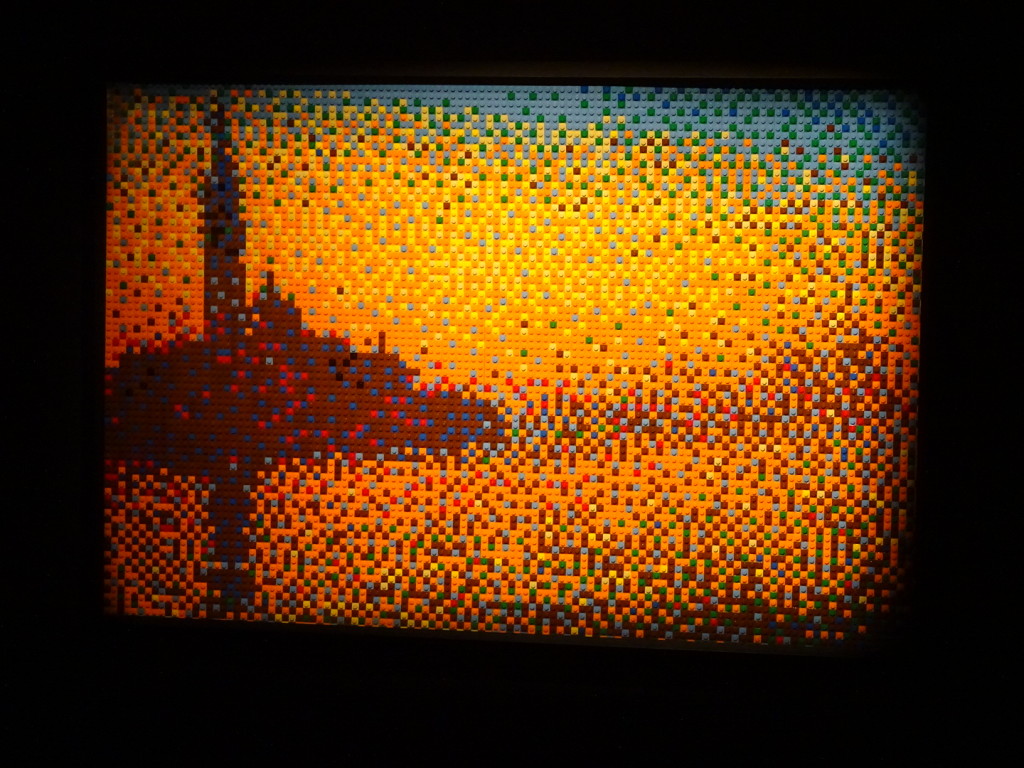 When he turned to 3-d pieces, suddenly he also had to deal with some engineering challenges. Very interesting learning that he came to realize some of the same structural issues as the original artists did in stone! The discus thrower needed that stump behind his leg to keep him upright, for example. Engineering is everywhere! 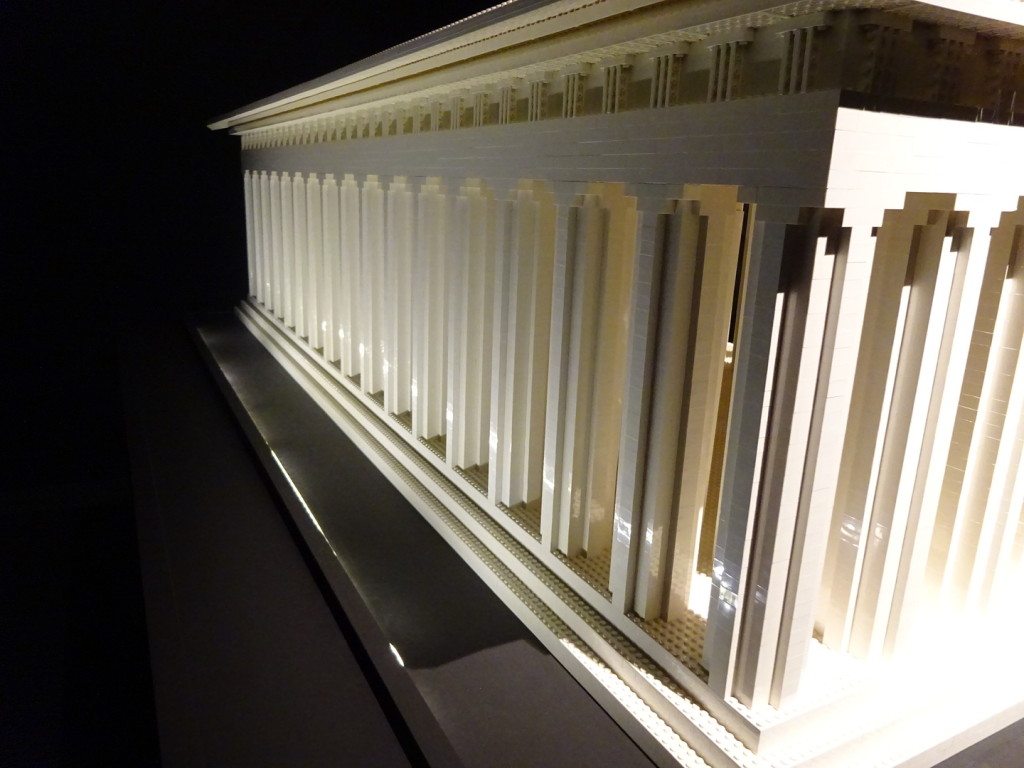 Engineering!!! Bring on the Parthenon! 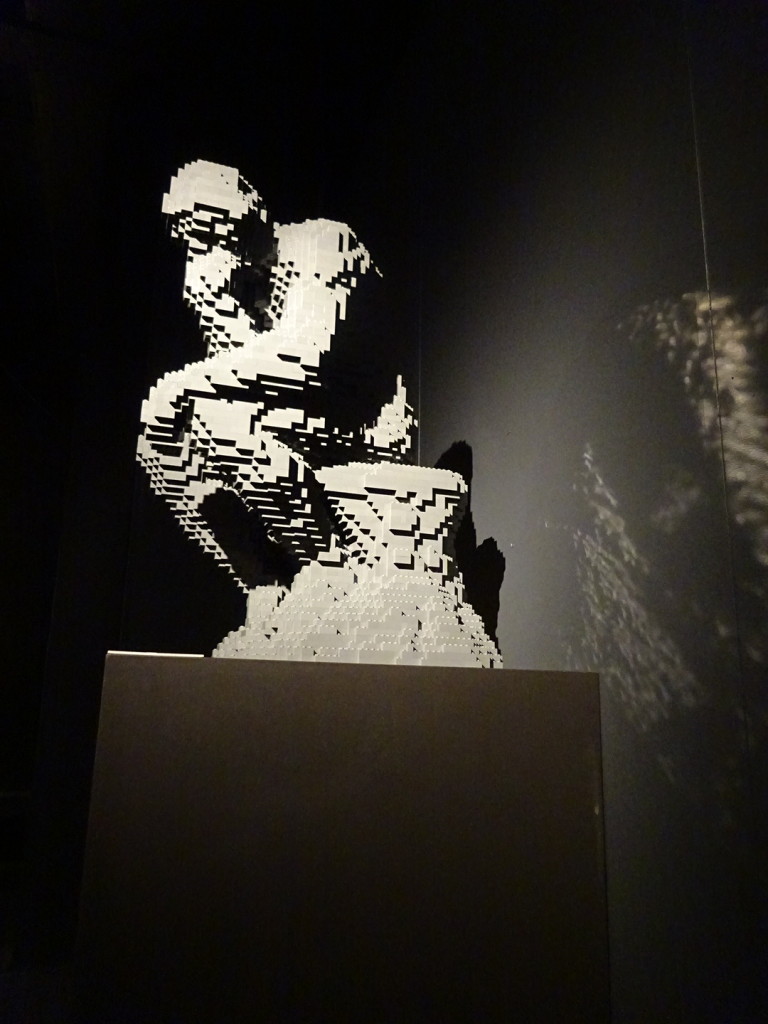 Don’t I know this guy from somewhere? Think, Anner, Think! 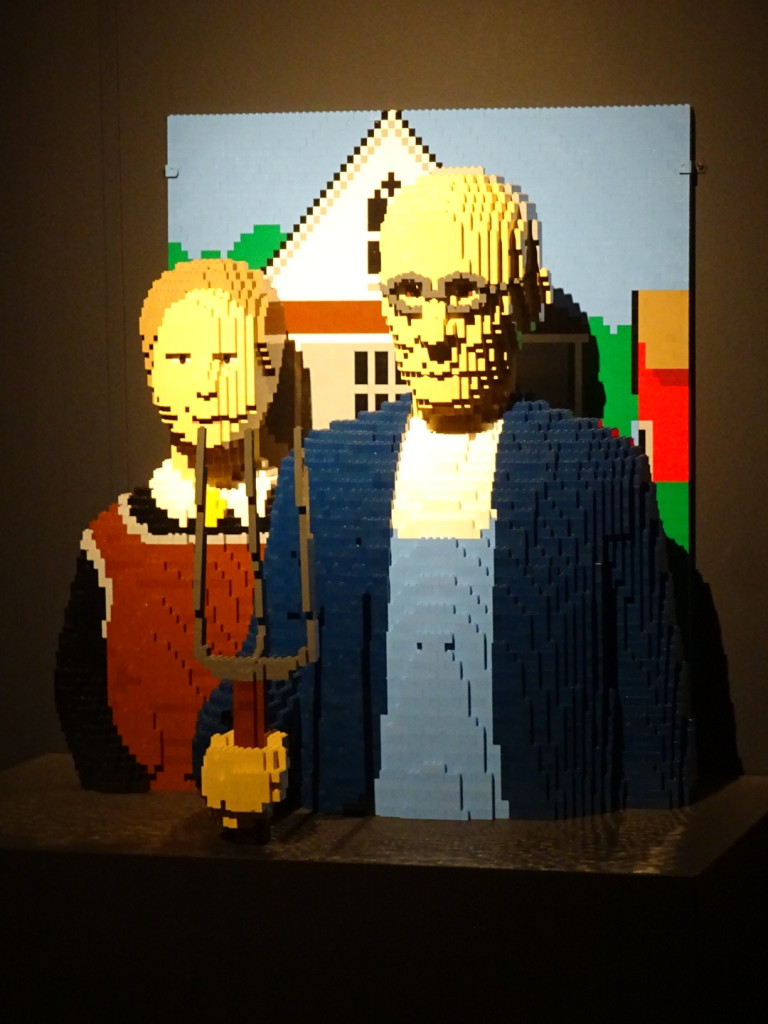 We never knew the woman was his daughter! The things you learn… 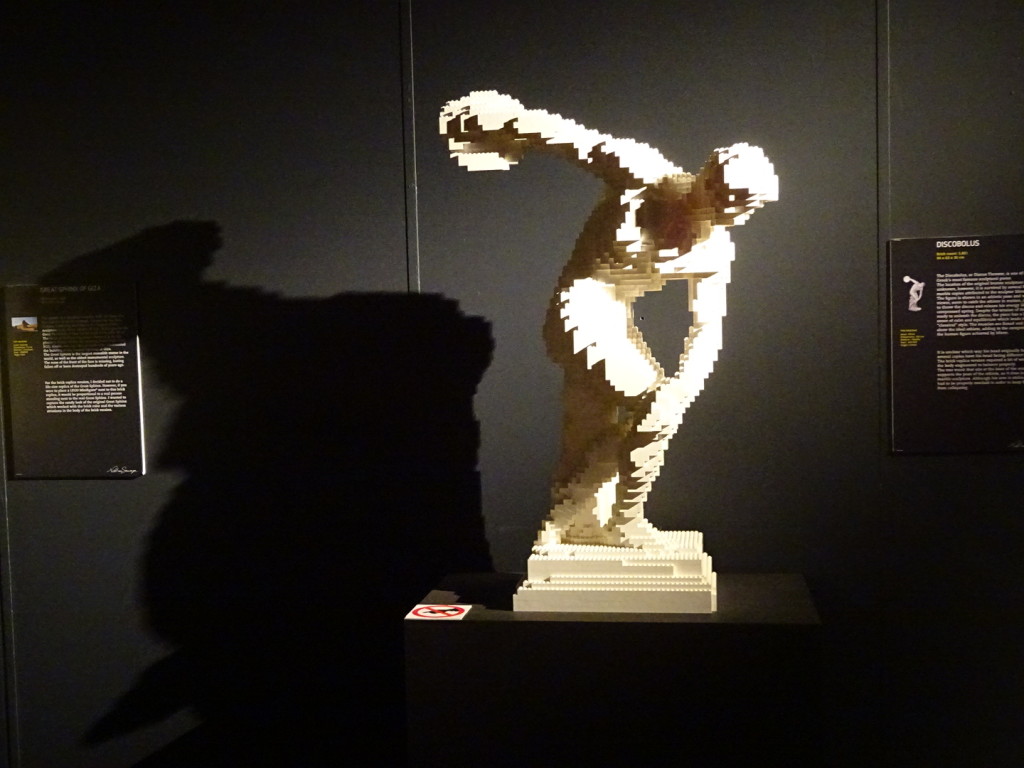 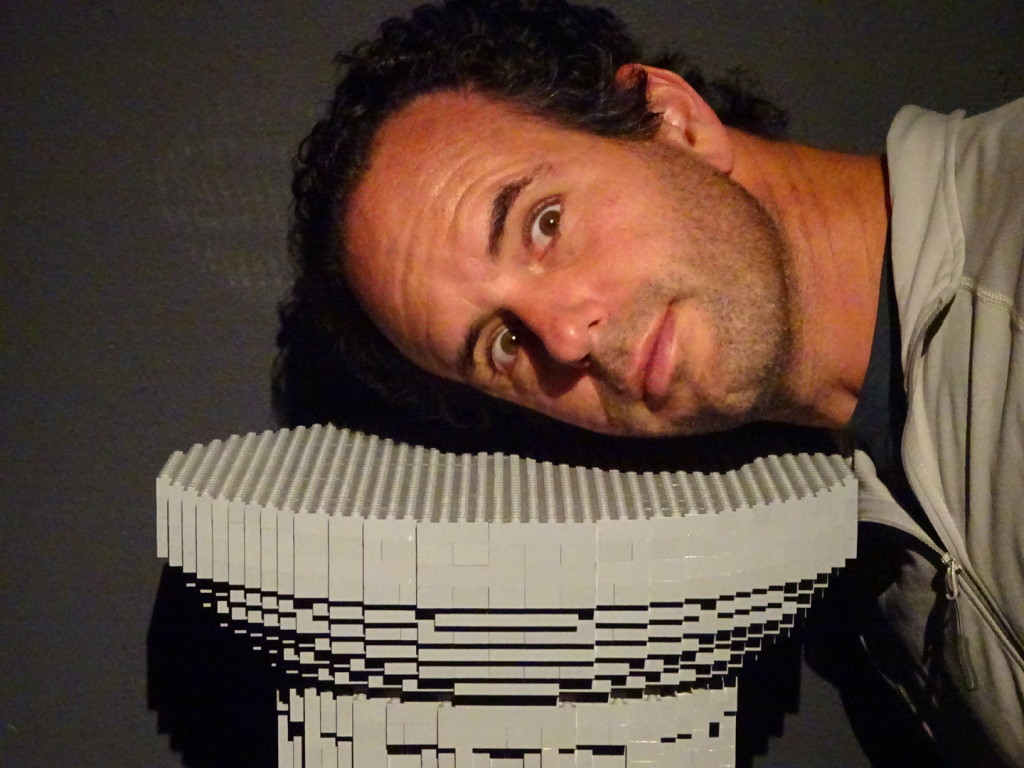 I always look to put Aaron on a pedestal… or a chopping block!

“Let your big ideas flow. When you let your creativity loose, be it in writing, art, music or whatever, your ideas take on a life of their own. So take those big ideas and set them free.” –Nathan Sawaya 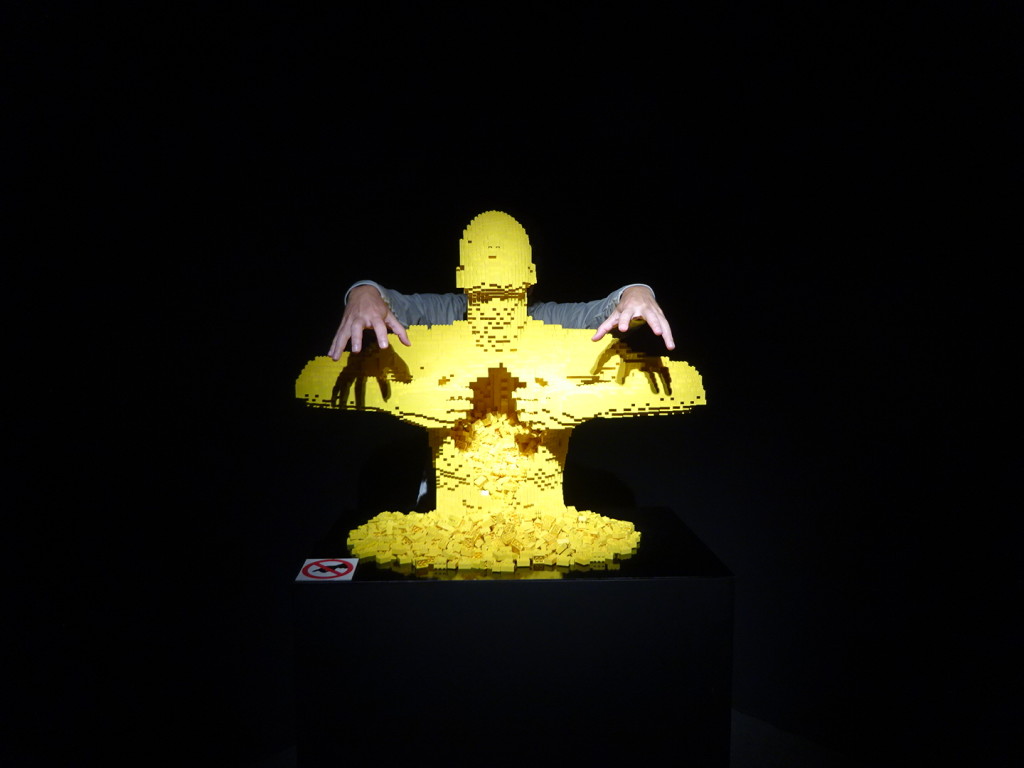 Reaching in to free the art. 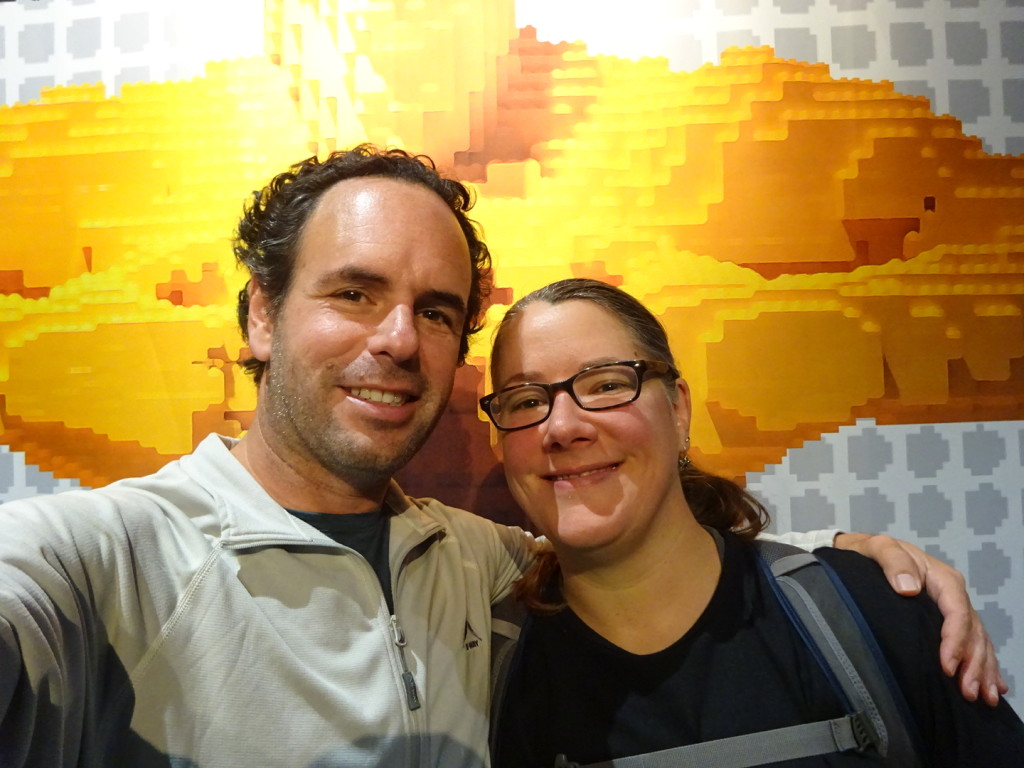 Bye-bye, Bricks. You were amazing!!!