Okay. Where were we? Yes, in the Fun Bus navigating the Serengeti National Park and the Ngorogoro Crater. We spent most of each day in the jeeps (6-7 hours), eating boxed lunches on the go and seeing animals, animals, animals!

Let’s keep the words to a minimum and jump right in with what you really came to see: animal photos! These are from both parks. 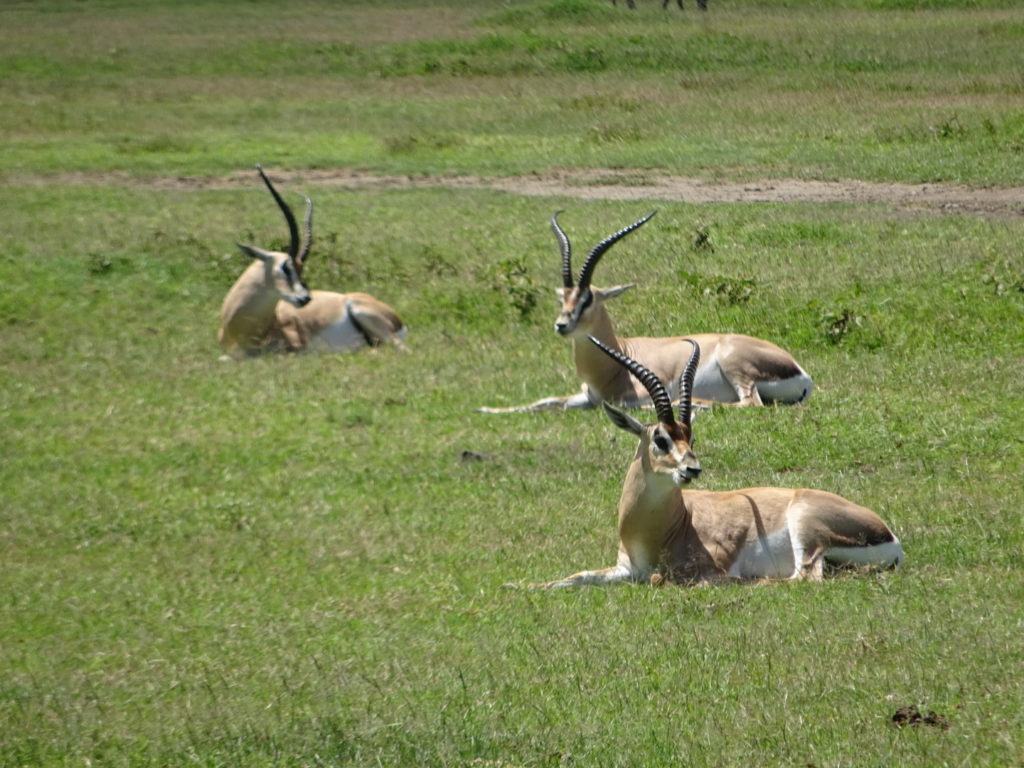 I’d say gazelles were our most plentiful sightings. Yes, there were plenty of wildebeests and zebras, but so many gazelles and antelopes – Thompson’s, Grant’s…

Yes, indeed you CAN find an ‘I Heart Warthogs’ bumper sticker in the Ngorogoro gift shop.

These guys flock to the entrance to the parks and were common right along the road. Photos from less than 5ft away! This shot is one of Aaron’s faves of the entire safari.

Rhino is far away, but much closer than our last visit. We saw 4 or 5 of these amazing creatures.

So rare, we’ve only seen rhinos in the far distance and only in the Crater.

This was the biggest group of giraffes we saw on the trip. Just love this nursery with a few babysitters and a lot of little twigas.

I think we counted 28 giraffes in this group!

Zebra tip toeing through the flowers.

Wouldn’t be an African safari with zebras!

Um, Mr. Chameleon, you’re not blending in so well.

Check out this guy’s hillarious jaunty walk! Never seen anything like it! He’d do pretty well with the Ministry of Silly Walks.

Bat Eared Fox. I want one!

Saw a whole family of these little fellows. So cute! Impressive watching those bat ears swivel as they listened for predators on the move.

The surprising thing to us about the hyenas were how much they moved like bears. Sort of assume they’d move like dogs, but nope. Lumbering like bears.

Gnu? A few wildebeests passing through at the end of the migration.

Last time we saw hundreds of thousands of wildebeests; this time maybe only thousands? Still a lot!

His own lunch on the go.

Everything is SO cute when it’s little. 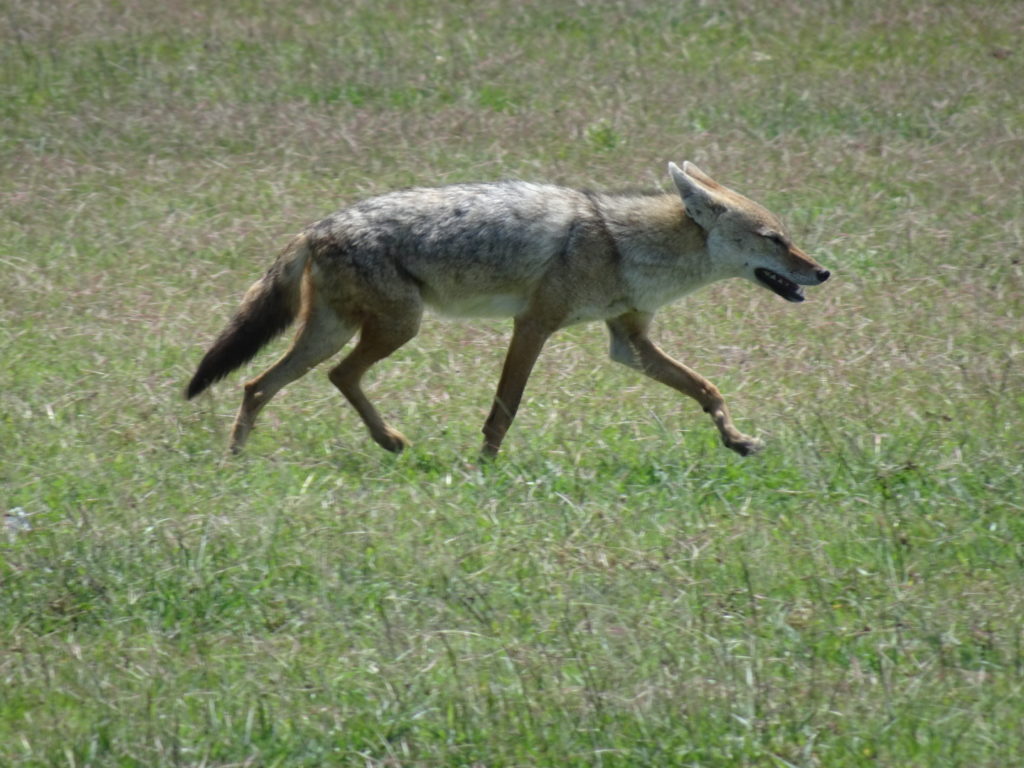 Saw both golden and black-backed jackals.

Dik-diks are the smallest of the antelope – only about a foot tall! Almost always found them in pairs.

We all appreciate a good scratching now and then. Apparently a rock is the best for this cape buffalo.

Check this out! A rare Abarr was found in the Serengeti plains.

And this section is for our bird-loving Aunt Casey – sorry we don’t know the names of them all – our guides told us, but there were so many!!!

An eagle of some sort.

Guinea fowl – I love how pretty these are. Plus they warn others when predators are in the area.

A weaver, I believe.

Don’t forget the ostrich. As we learned from our jeep-mate, Josh, if you’re ever attacked by one, just play dead. Our guide, Goodluck, agreed so we know it’s true. 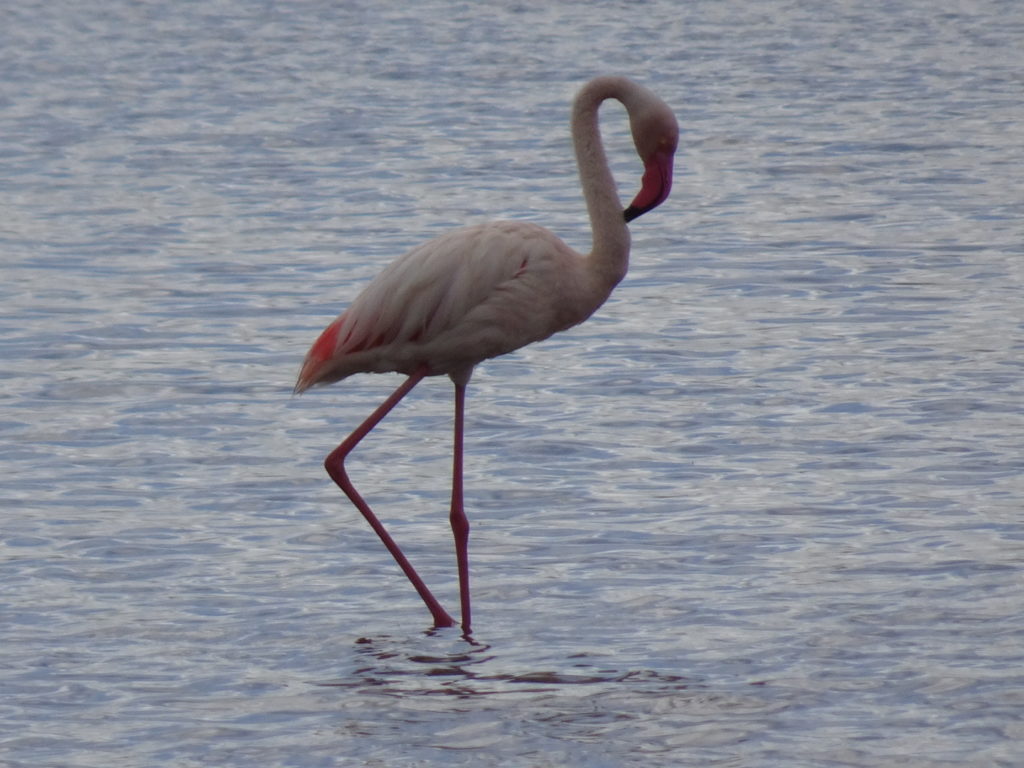 Just love these guys. Flamingos give birth in basically a boiling lake of acid and then they grown up beautiful and strong. Nice job, mother nature. 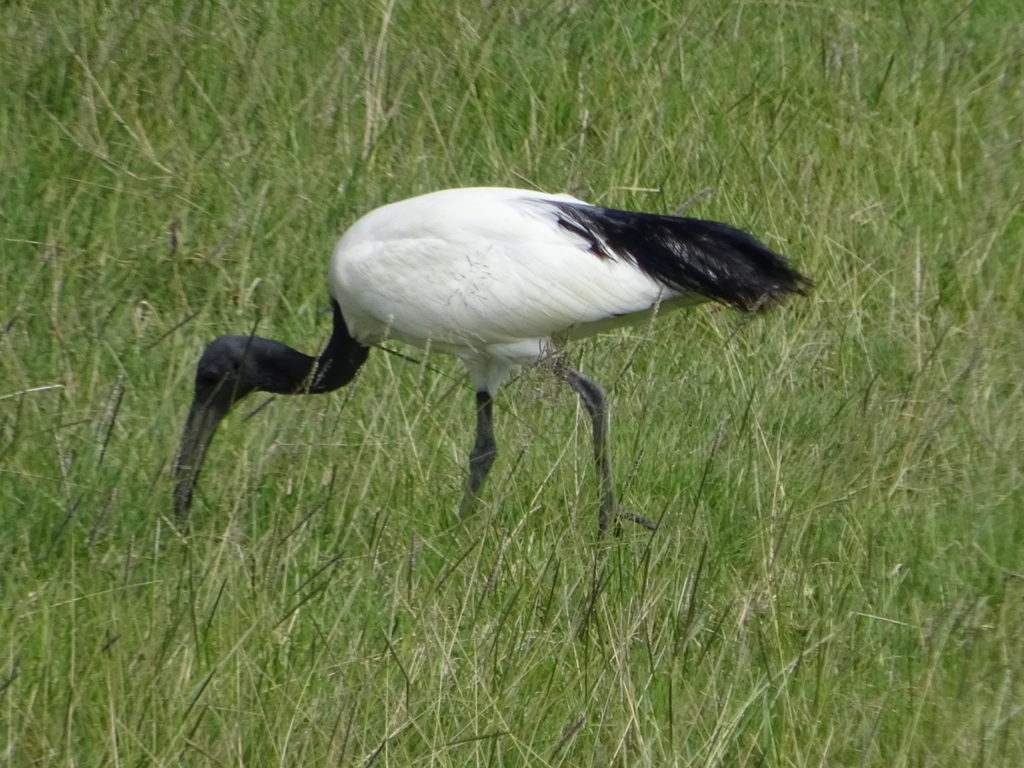 Secretary birds are awfully big, but they somehow make it up into the trees on occasion. More often we found them on the Serengeti plains.

Whew! Over did it again with too many photos, didn’t we? We just have so much to share. This is only a tiny fraction of the birds and animals we saw and this post is already too long. Just believe us when we say it was jaw-dropping.

Next up, a bit about our guides and we head to Ruaha National Park in the south for the conclusion of our safari. Plus, more on Gombe National Park and a visit to a soap making “factory”. Stay tuned!

A note: We tried very hard to keep all the photos straight but there’s a chance we posted something from Ruaha in this section. If so, we’ll just say oops and be okay with it.