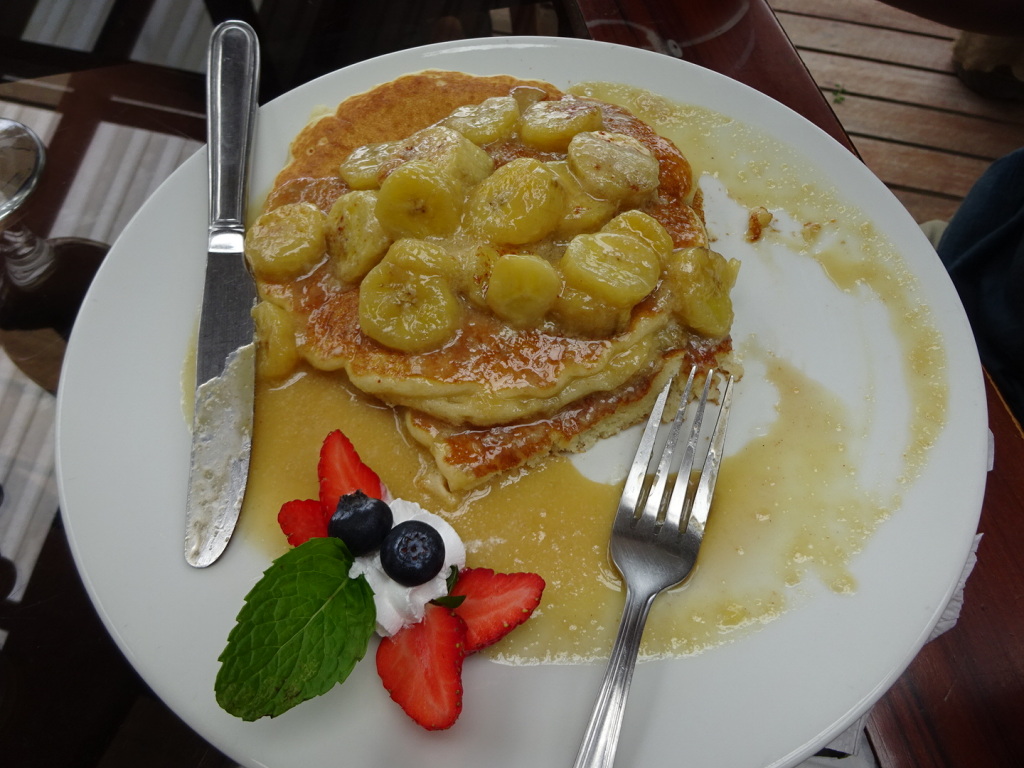 You might think of dessert as the very last food of the day.  You might just possibly be wrong. Aaron ordered pancakes with “caramelized” bananas for breakfast yesterday.  It might give airs of being healthy as they are bananas after all… a real fruit. What was served were two big pancakes completely slathered with bananas in a buttery-sugary sauce, maybe a step or two from being called icing. It was super-sweet even by our sweet-tooth-standards, but Aaron still couldn’t resist adding syrup.  (Just like the movie Elf…Syrup is a food group.) 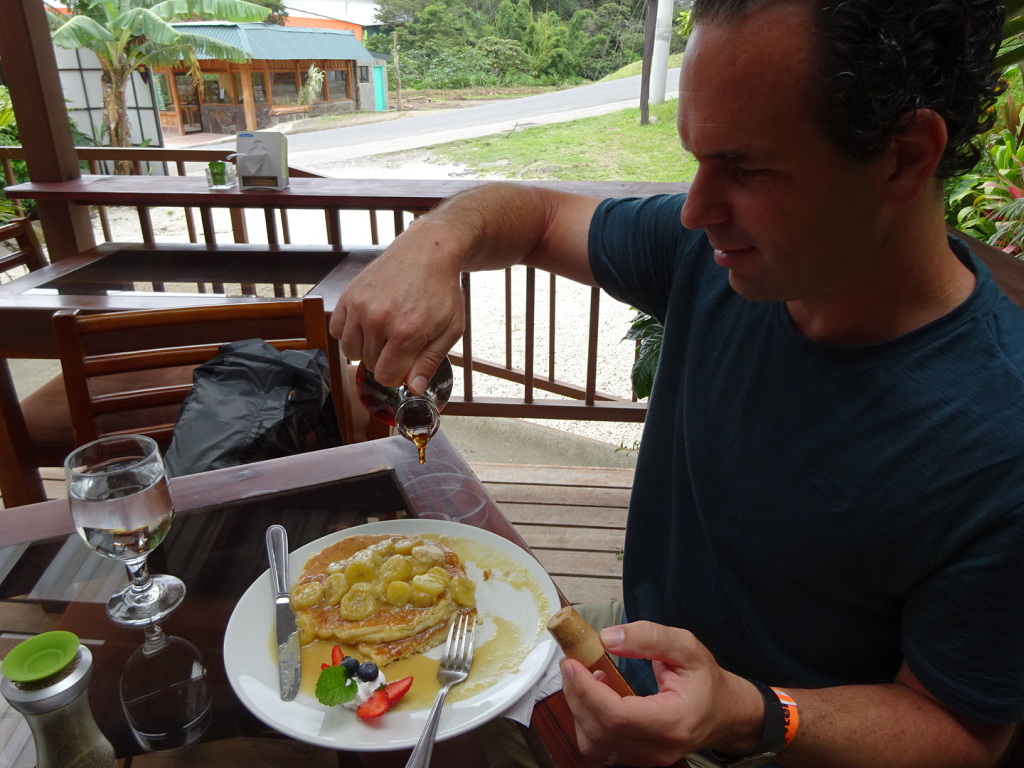 The other thing we have been treated to in the mornings is cinnamon rolls, both here in Monteverde and back in Tamarindo. Not quite as good as my dad’s or Grandma O’s…but about as good as I have ever had besides those two.  If you asked us what we would eat a lot of in CR – cinnamon rolls wouldn’t have come to mind…but man, are they good! 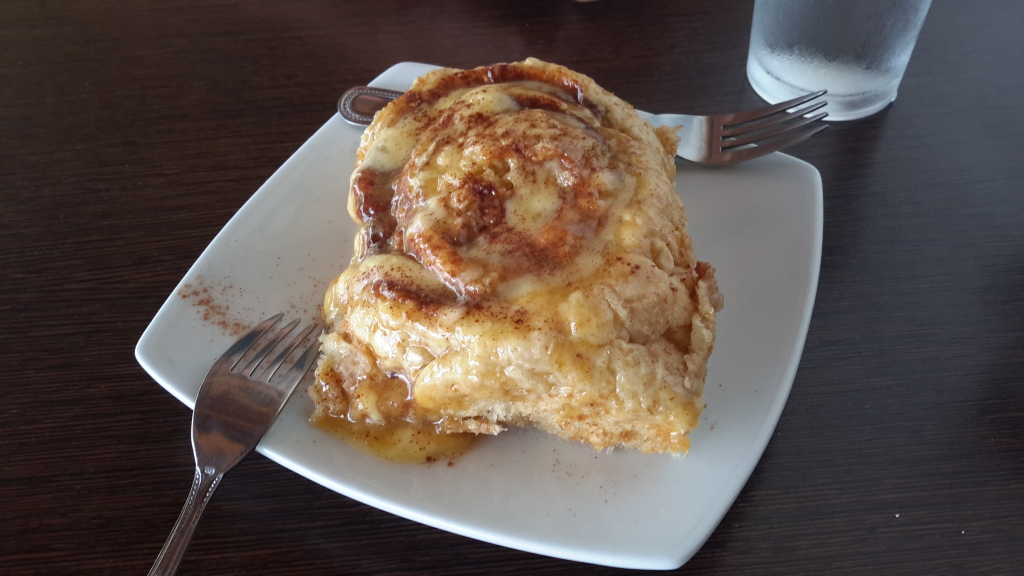