As Aaron wiped the crumbs from his chin, making a bunch of “nom nom nom” sounds, he closed his eyes, tilted his head back and said, “We’ve gotta blog it.” So here we are!

This afternoon I really wanted to go to a cafe for a cookie and coffee…we went to the World Press Photo Exhibit instead. Sure it was fantastic, but I knew I had been cheated out of my threesies. I think that’s what the hobbits call the fourth meal of the day. We headed home close to dinner time and banished the idea of an afternoon treat. Until….we saw this: 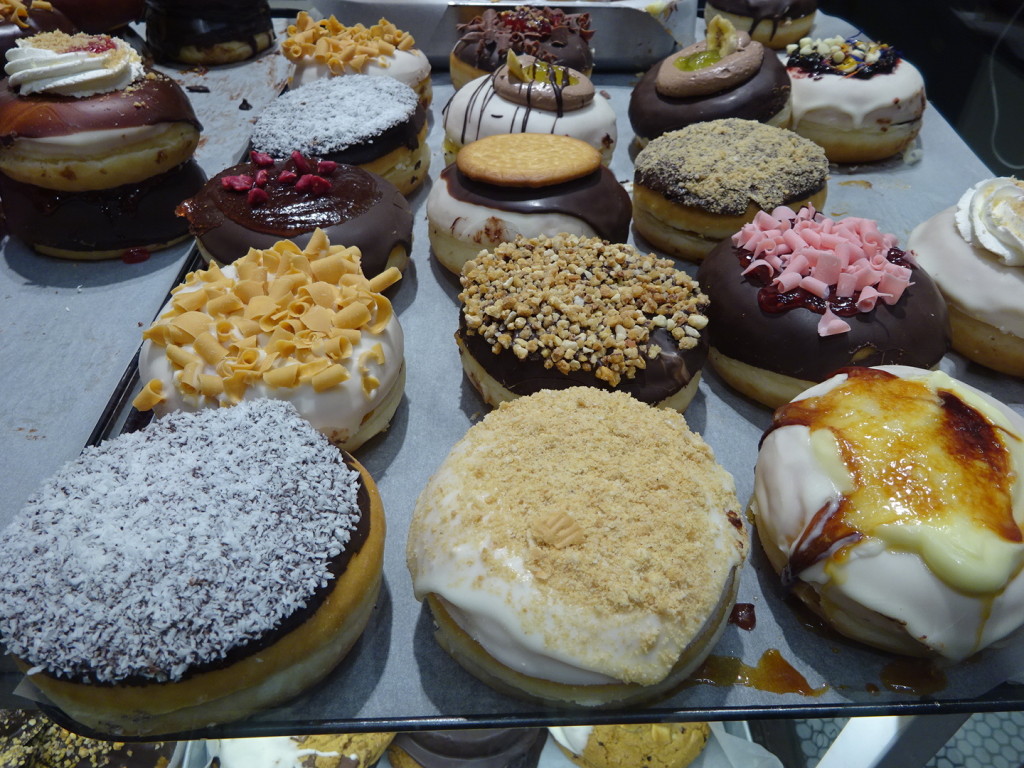 These are raised donuts, cut in half and filled like a sandwich and then topped. Insane!

We crossed the street for a closer look. And that’s where our tumble into dessert debachery began. Really, could you just walk by this window? I think not…you know it even if you’re not willing to admit it.

Like the camera yesterday, we did not prepare a pros-cons list. We didn’t talk about how much of our daily budget was left at 6pm. We took one look at each other and walked right in, Aaron reaching for the credit card. No. Discussion. Required. 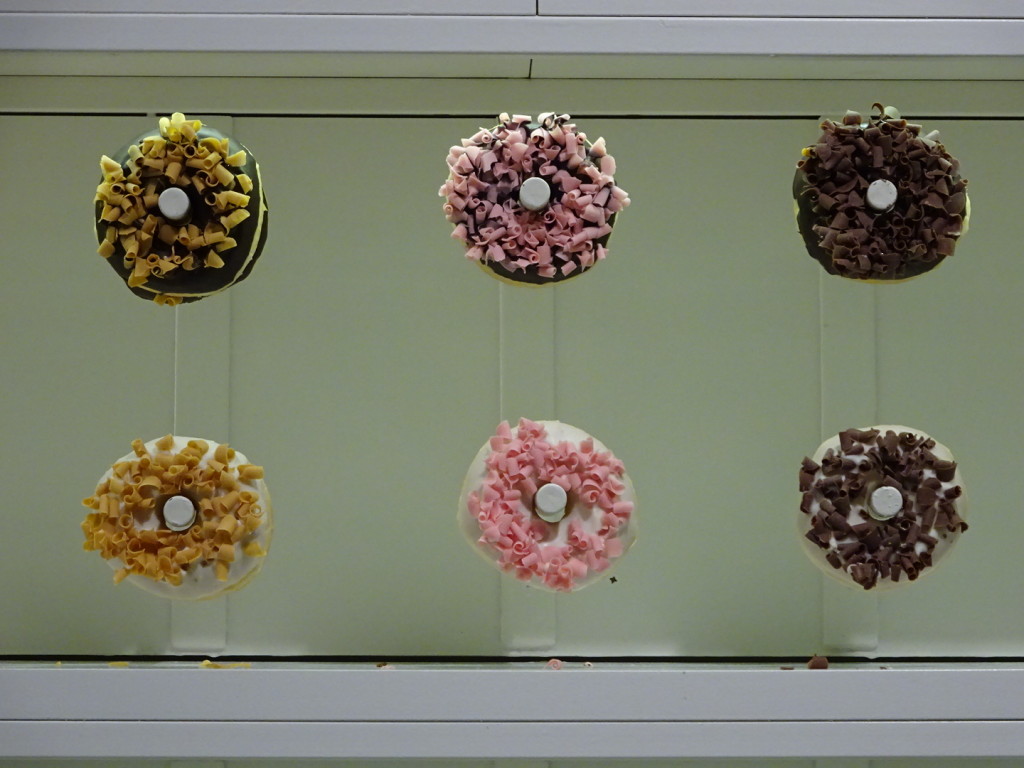 There is an entire wall (a whole wall!) behind the register with fancy donuts on pegs. They reflect in a wall sized mirror where the queue forms.

Because we traditionally make homemade marshmallows every chrismanukah, we took special interest in these! 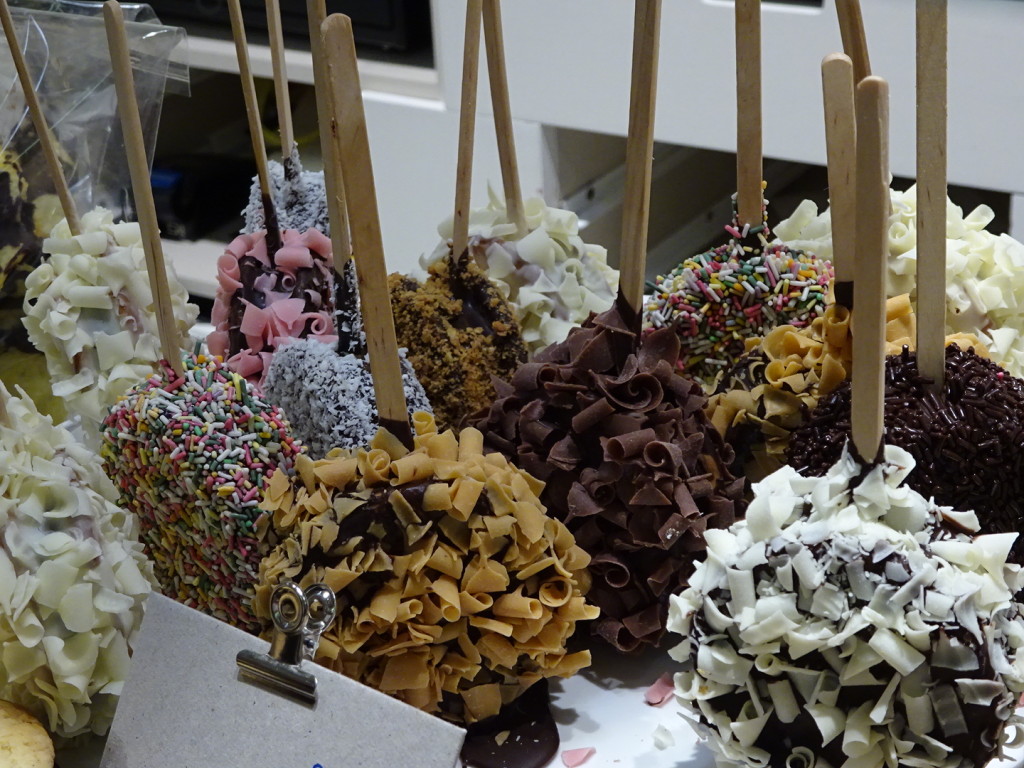 What Aaron picked: two sugar cookies held together with a kind of dulce de leche filing, covered in chocolate and decorated with dark chocolate sprinkles. He’s a sprinkle man the whole way! Never any doubt. 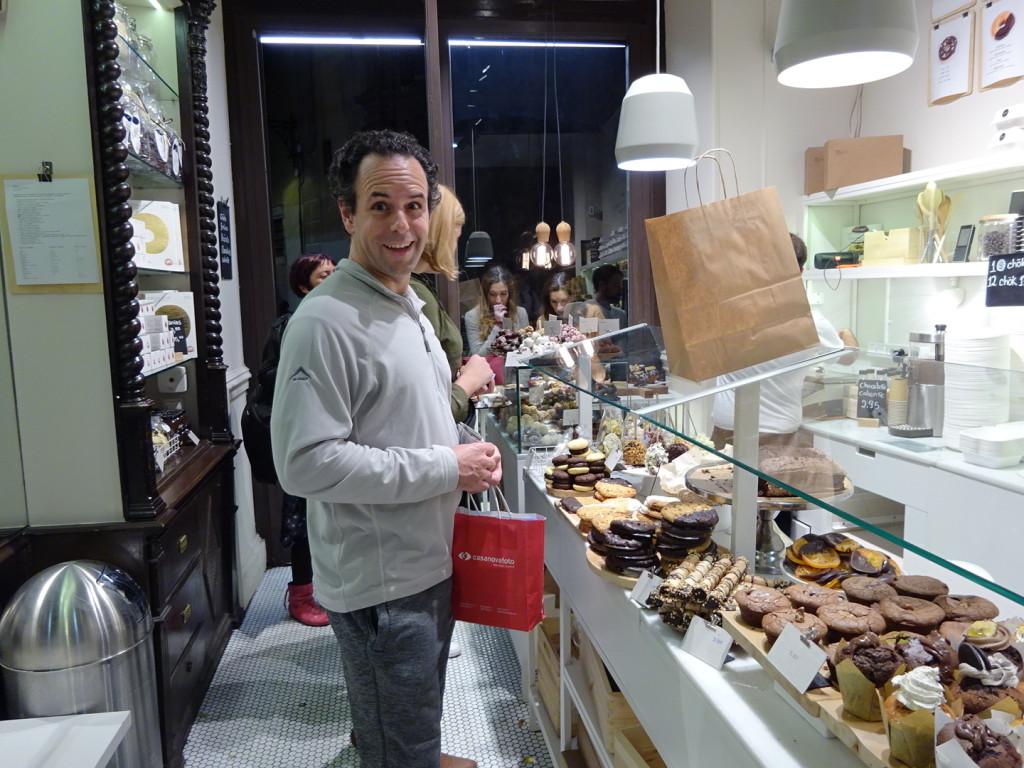 Hard to not be entirely giddy while we pay. Look at the girls in the window gazing upon the stuffed donuts and kruffins. That’s where it begins!

We managed to show one shred of restraint by having dinner before we had the real main course. 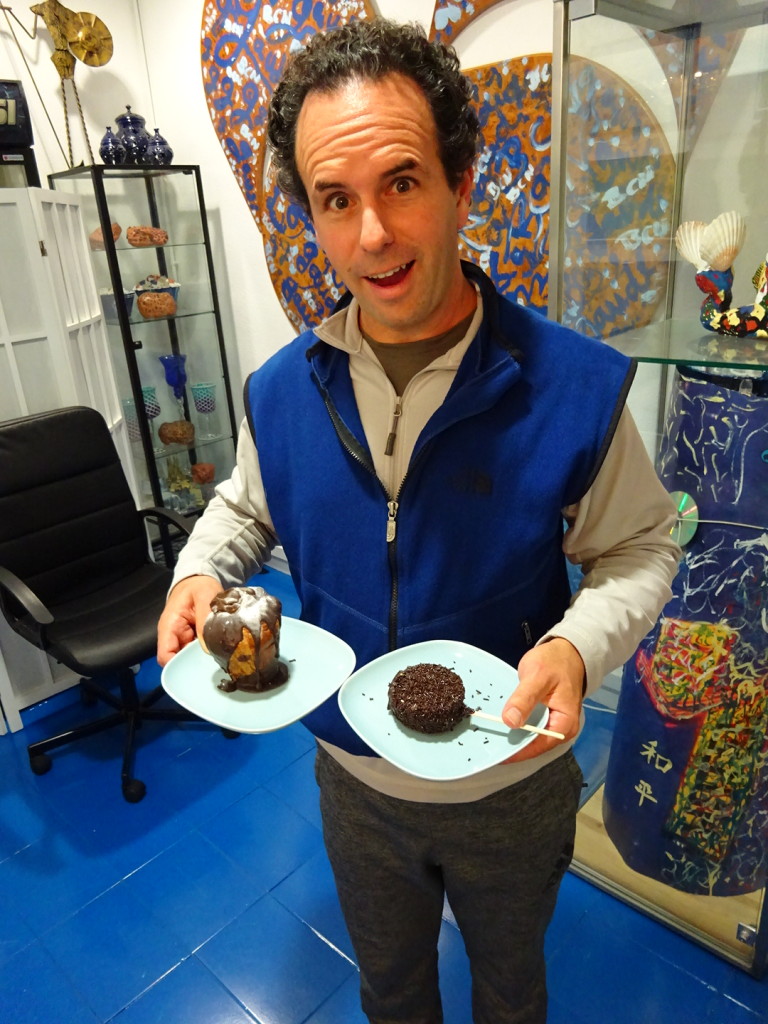 Back in our hostal, right before the moment of truth…. 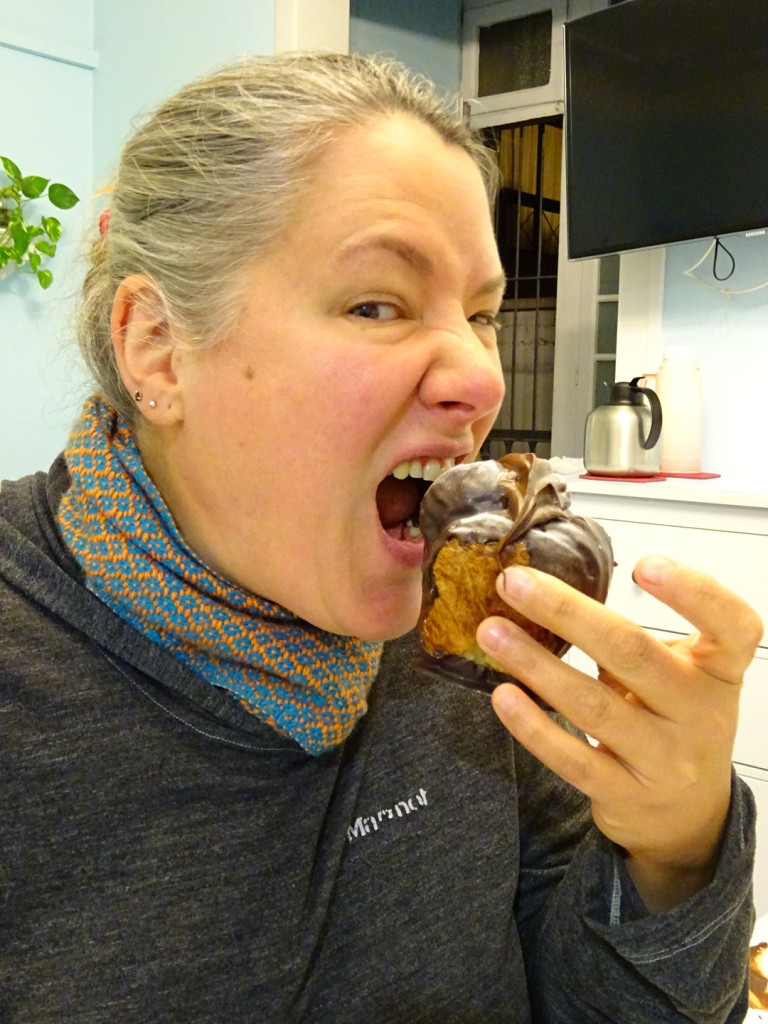 One needs to be prepared to really tear into a kruffin. It’s not for wussies. A “kruffin” is a croissant baked in a muffin tin, then filled and topped with untold amounts of mouthwatering delicousness. In my case: Nutella. Gobs and gobs of Nutella. Then slathered in a gourmet version of chocolate magic shell and dusted with sugar. Holy sh*t who dreams up this stuff!!

We devoured our desserts and pinky swore we would take a proper threesies break there before we leave the city. The glorious chocolate kitchen of Chök. If you’re in Barcelona, you MUST go. Un-be-lievable!

Note: All these fabulous photos were taken with our brand new camera! Missed our camera adventures? Check out yesterday’s blog!

« How Many Cameras?
Ireland: Totally Mooo-Colic »