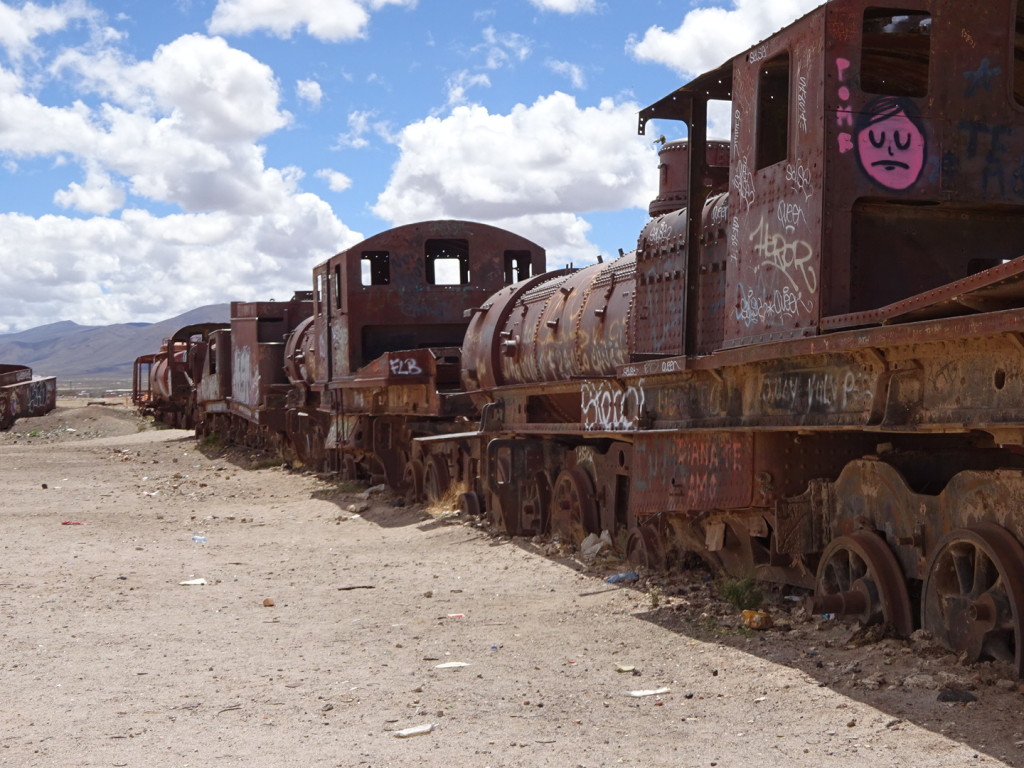 Our Salt Flats tour started as we piled us and all our stuff into the trucks. Bismar, our guide, told us that we would drive a whopping 5 minutes to the Train Graveyard – “a jungle gym for the crazy tourists”. That would be us!

Apparently a rail system was built by the president of Bolivia in the 19th century in hopes of transporting Bolivia’s mining resources from centrail Bolivia to the Pacific coast. Can you guess who was a big stakeholder in a local mine? Turns out the local indigenous people were not so fond of the mining or the trains and regularly sabatoged the train system. Sometime around WWII the mining industry failed as the mines played out and the trains were just left abandoned.

So here we are 75 years later with all these very old, very rusty trains just baking in the sun. At first I thought it was kind of cheesy, but then when I started climbing about I realized I was having a great time. And Aaron?? Well, Aaron was a kid in a candy store (and you KNOW how he likes candy!). He was off and climbing before Bismar said, “10 minutes” – which easily turned into an hour. Great fun!

A lot of trains. 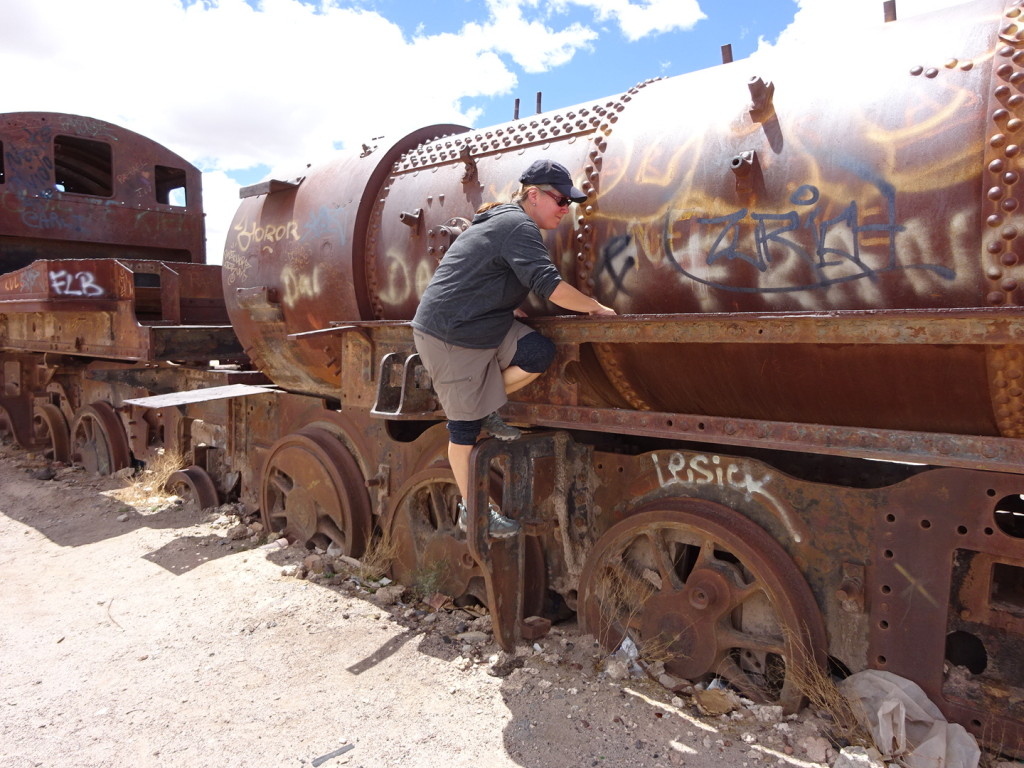 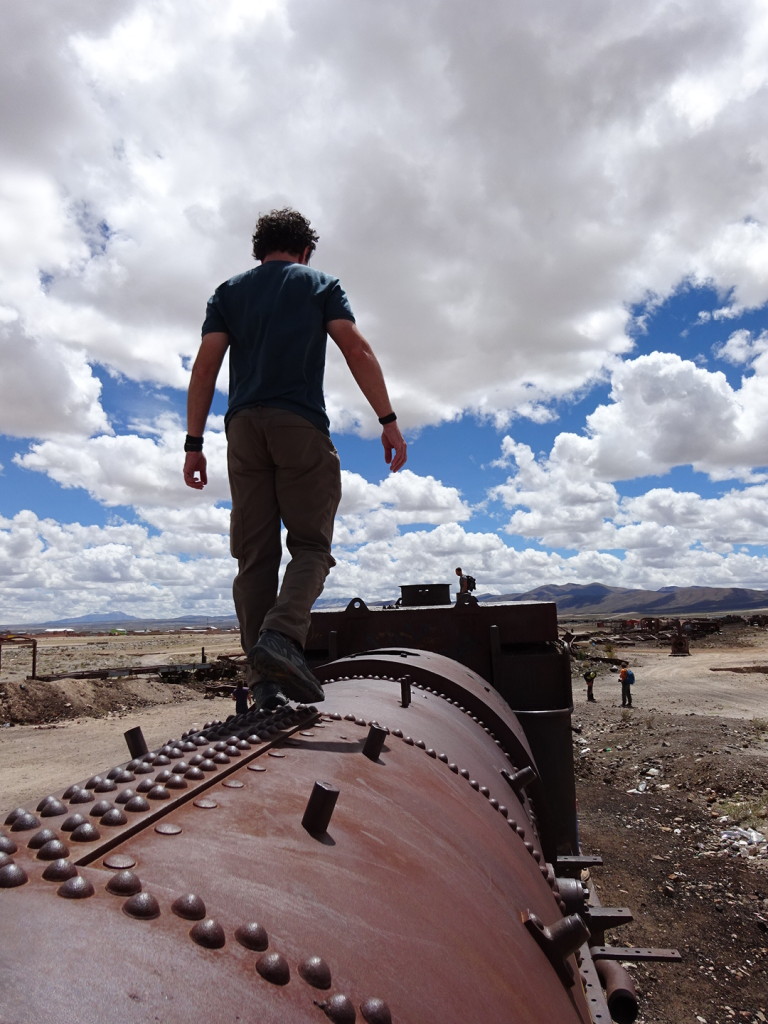 Aaron out for a walk. 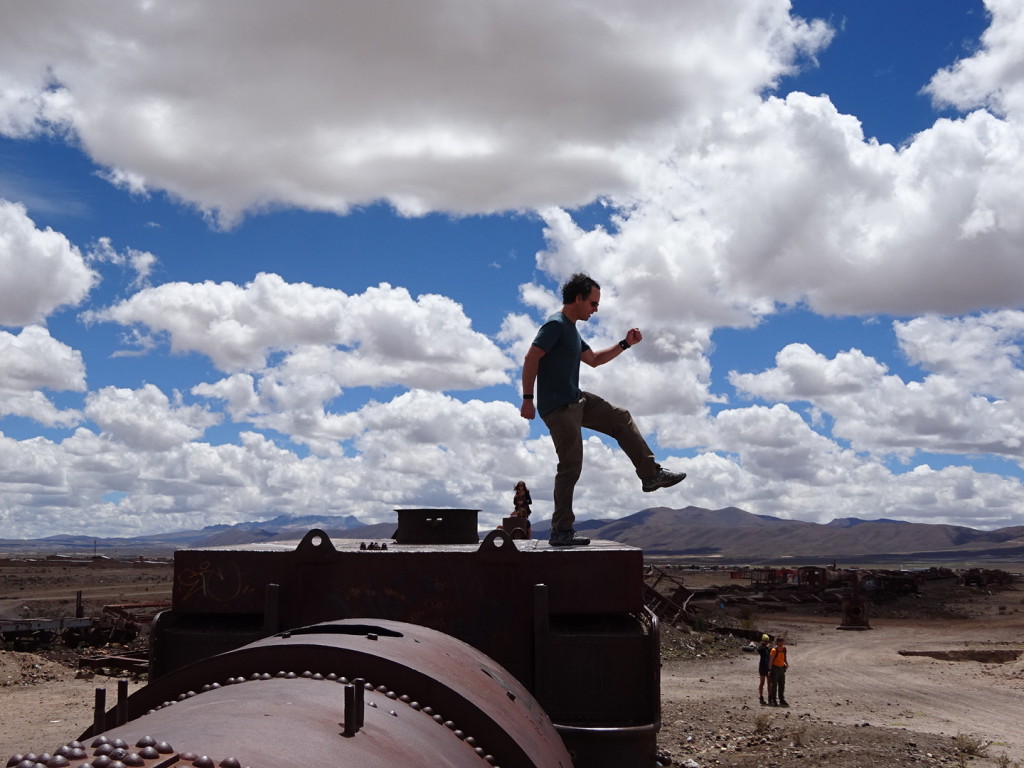 Anner is not so willing to jump. 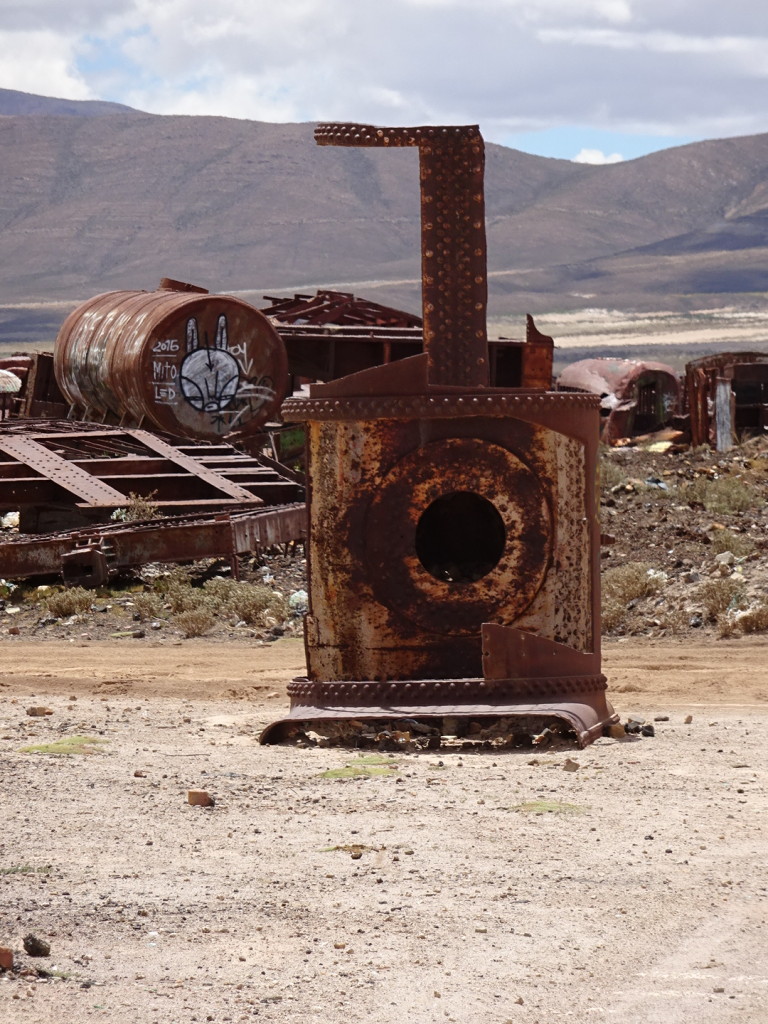 A furnace? Maybe a boiler… 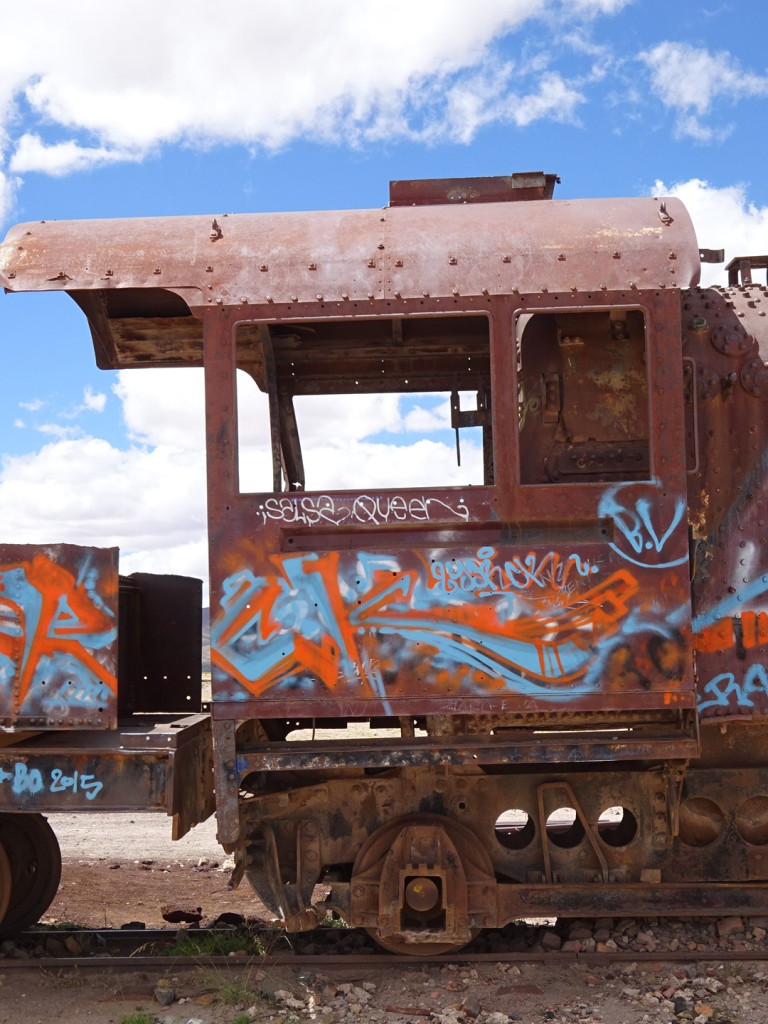 Can’t have random metal in the desert without graffiti, now can you? 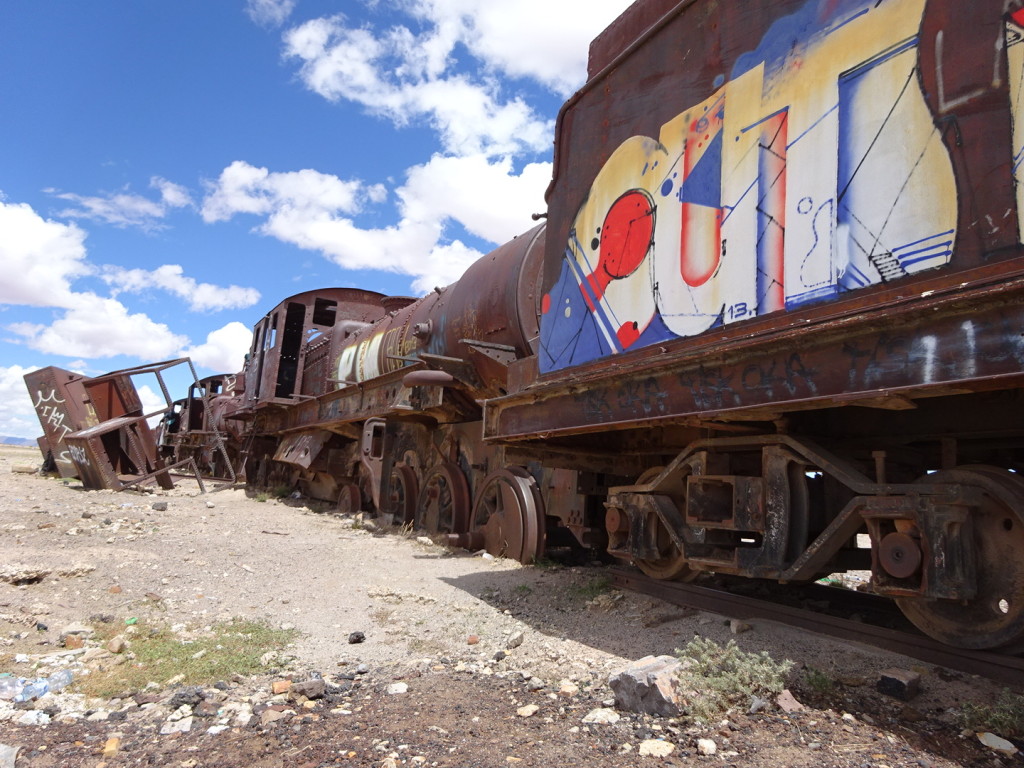 They really do make a great graffiti canvas.

This is the kind of place that wouldn’t stand a chance in the US – way too many chances for injuries and lawsuits – so it was wonderful to come across it somewhere we could be adults, take responsibility for ourselves and simply enjoy it!

A fun start to what would be a mind-blowing tour of the salt flats.