How a Sketch-A-Day Saved Me

Step back a year and things were weird heading into the start of 2018. Even though we had been home from the big trip for nearly two years, things still felt off. Neither of us had jobs that we loved, we were living out of boxes as we tried to re-furnish and fix up our house the best-but-cheapest ways possible, and our garden and yard were juuuuust returning to normal. Nothing was really wrong-wrong…but everything was just, well … off.

Sometimes sketches are a little ‘off’ too.

In December of 2017 I hatched a crazy plan, kind of like I did with the big trip. I have no idea how I got it. It pretty much just popped into my head.

Anner: Let’s each sketch a drawing a day and post it on Insta. We’ll do it every day for a year.

So on January 1, 2018 we sat across from each other, surrounded by boxes, with a small collection of markers we found laying around. Aaron wanted some structure so we picked a category: lettering, and sat down to draw. It was pretty fun. Just like that, our project was launched! 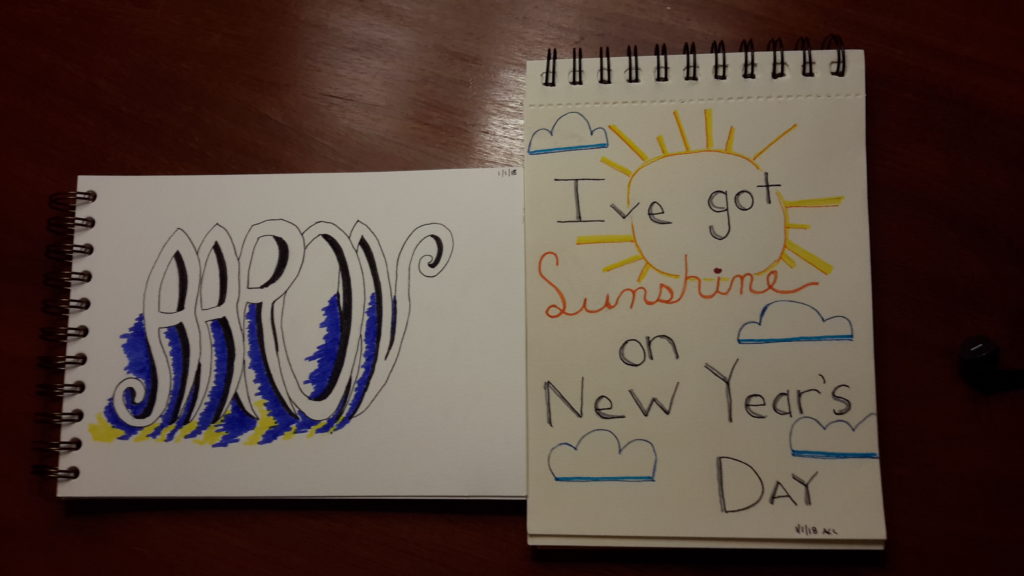 Jan 1, 2018: our first sketches. The project is officially started.

I had no real expectations, it just seemed like something to do together. In my head I was pretty sure we would complete the challenge and I was also pretty sure most people wouldnt even attempt it. Both were attractive ideas to me.  Give me a checklist and I have a primal need to check the box. That said, I didn’t expect it to be a big deal. 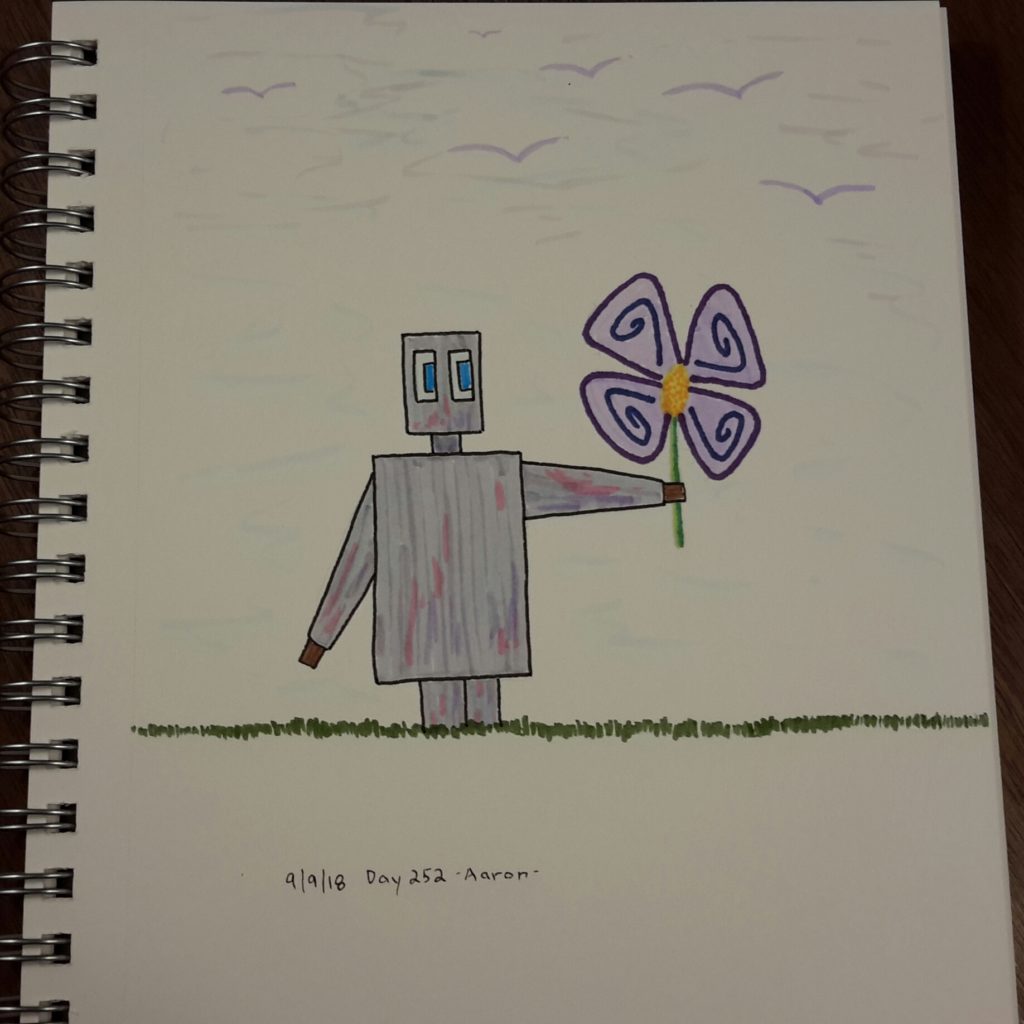 Wacky Birds were Anner’s go-to sketch when she wasn’t sure what else to do.

When you do something crazy, folks start taking an interest. Real artists start doling out advice. People follow you. And, on a good day, you get likes in the double digits! We know that’s nothing on social media, but it was plenty for us.

As the year went on, sketch-a-day morphed. Every three months or so we discovered slighly better markers: from what we had around the house to 80-markers-for-$20 off Amazon to nice Tombows… Now we are owners of over 150 Copic markers that Aaron found by scouring the internet for sales. That’s like scouring the internet for a lot of tiny, colorful, mercedes benzs. Professionals use them so I think you can safely say its total overkill, but it was easy to want. We had to get a special cart just to hold them all!

Need a marker? Here’s a subset of what we collected in 2018….and they mostly fit neatly under our tall desk.

Sketch-a-day took on a steady rhythm; something we could count on every day. On some nights that meant being really tired and still having to sketch – which was not fun, but on the weekends we started heading out to cafes around Seattle to have coffee, cookies, and sketch. Those turned out to be some very fun times. We’d chat and sketch and eat doughy goodness. nom. nom. nom. Plus, now we know a lot of Seattle cafes! 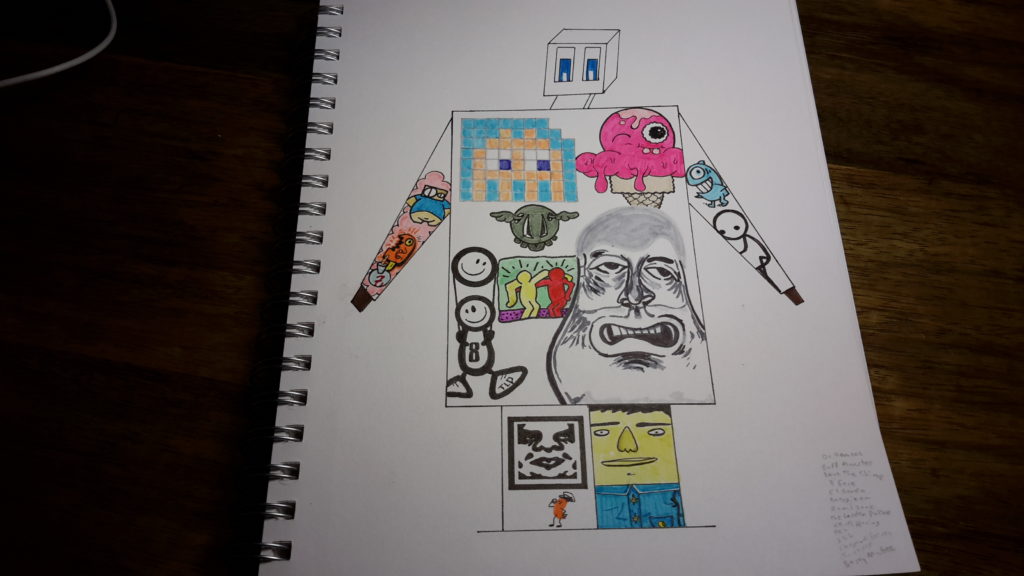 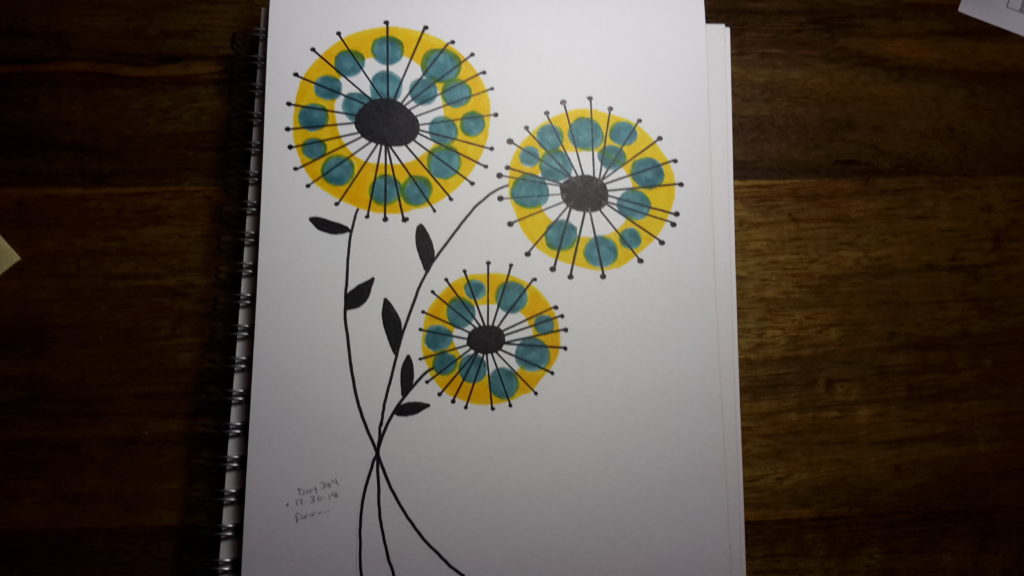 One of Anner’s most popular sketches — flowers inspired by Pinterest

But the weirdest thing is that it started to feel like a really big accomplishment. After the big trip was over, there was a big hole in our lives. It’s hard to explain, but sketch by sketch the Sketch-A-Day Project started to fill the void. And this is how it was life changing. It was another really big thing that we got to do together. It was our thing. Happily sketch-a-day brought with it a sunnier outlook and generally feeling more whole. Life started falling into place. 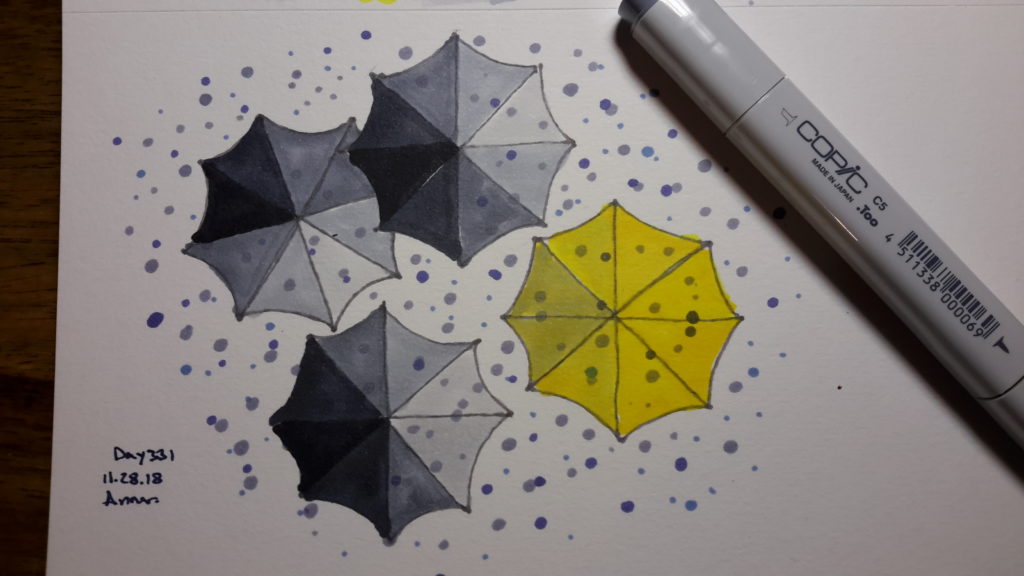 Sketch-A-Day helped us turn our frowns upside down.

Aaron made us an art room with custom desks and plenty of found objects to keep us inspired. The house came together and the boxes went away (Aaron sold them to add to our travel fund.) 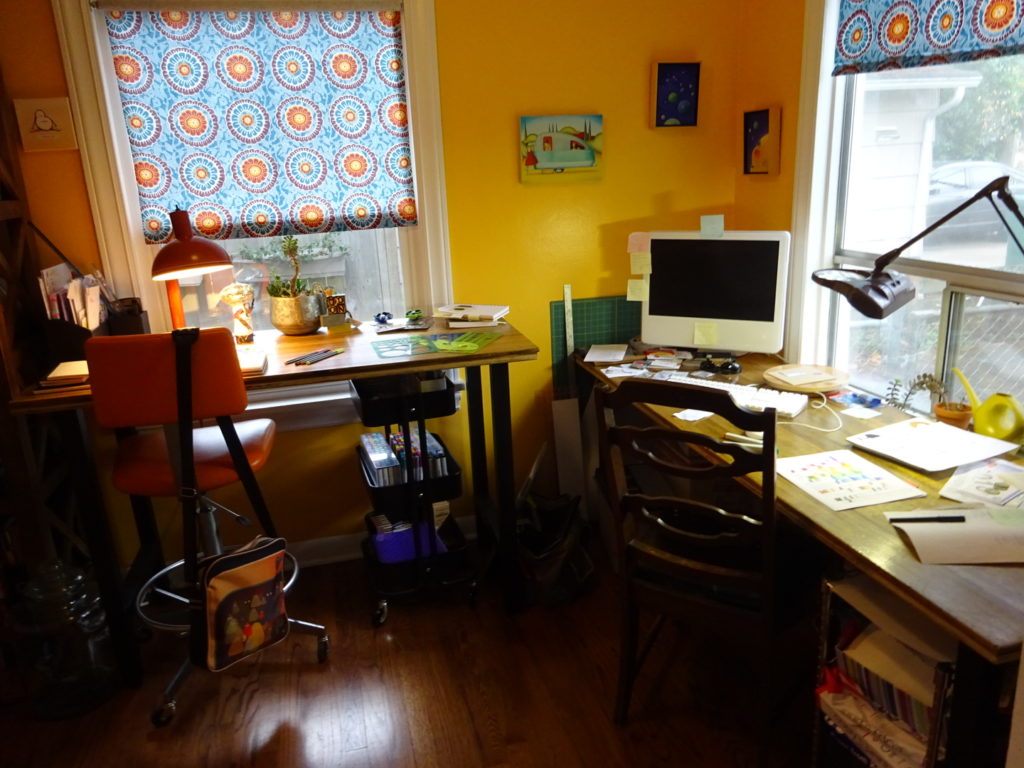 Be suspicious of any super neat and clean art studios you see on Pinterest. This is the real thing.

I got the world’s best job, and I say that with confidence as I entered my sixth month, and we’re saving for our next big trip: wait for it….six weeks in Africa later this year! Stay tuned for more about that – I’m so excited I cant stand it!

Now that we’ve successfully completed the 2018 Sketch-A-Day project I’m back to not knowing what to do. Just like the trip ending, it feels a little sad. Part of me wanted to do another “-a-day” challenge, but what? I’d like to write about the Big Trip…so write a book? Make a sock monkey a week? I’d like to learn to sew or cook and I need to get in shape for the next Africa trip and there’s work and sometimes I just want to veg out and watch TV. Netflix anyone? Aaron seems pretty content continuing the sketch-a-day, which is very cool!

Basically I’ve resolved to try and take in something artsy most days. Not as epic as 2018, but I don’t think it needs to be. This year is different already. Aaron? He’s still rolling, more than half-way through the 13th month. Go, Aaron, go! 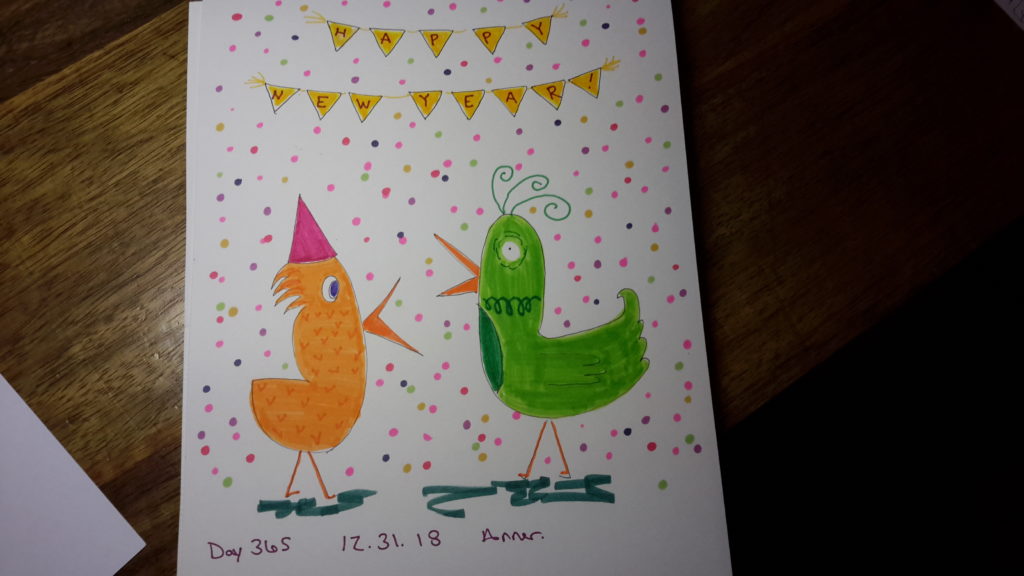 Big ups to everyone who followed us and sent us encouragement. If you missed it and want to see a year’s worth of life-changing sketches, check out @nomaprequired on Instagram. (www.instagram.com/NoMapRequired)

@nomaprequired on Instagram is still being filled with Aaron and Bill’s fabulous sketches.