Not quite 30 years ago I got an A in Algebra II…maybe a B, but with the passage of time I’m hedging and saying it was an A. That A was no doubt because I had the good fortune to sit next to a girl named Lisa who was really, really smart. Kind of brilliant really, and she spent much of that year explaining math to me.

Fast forward and this is the story of Lisa, me and Aaron.

Lisaversary #7!! (Nice if someone would have sent me the memo about wearing blue and white.)

Lisa and I met in that class in high school and have been friends every since. Turns out she often has conferences in Seattle so we see each other once or twice a year. But here’s the thing…she is always in Seattle on our anniversary. Almost every. Single. Year. In fact, we’ve celebrated five of our seven anniversaries with Lisa. We usually let her pick where we get to eat and we’re off for our another delicious anniversary dinner. So we weren’t the least bit surprised when a few months ago she sent us a note telling us she’d be in Cape Town the same time as us…although to be fair, it is a week after our anniversary. Still, it just didn’t seem right to celebrate without her, so thank goodness she showed up!

Happy to say that as of tonight, it’s official. Our seventh Lisaversary is now complete!

After a grueling international flight, Lisa got into town this morning. Aaron and I zipped over in our rental car and picked her up — becuase there’s nothing you’d rather do than ride in a car after a day of riding in a plane. Luckily it was a short trip to Durbanville Hills Wine Estate – a winery close to Cape Town that serves lunch, does wine tastings and is best known for its view. As luck would have it, it was pretty much socked in today, but the company was fantastic. We walked around a bit, clinked glasses, and had a fabulous meal – mussel curry over pasta – yum! We skipped dessert (*gasp*) and substituted a wine and chocolate pairing instead. Aaron kindly read the descriptions of the pairings to us using his snooty voice, which was hysterical. 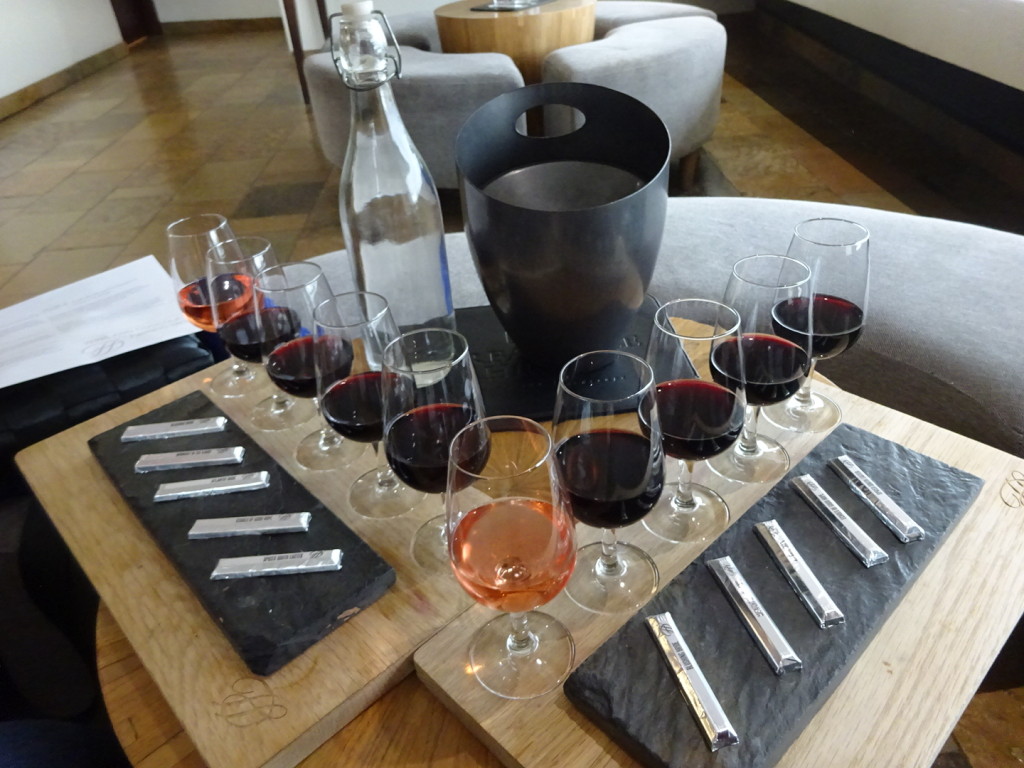 The chocolate kind of stole the show, but the presentation was also quite nice.

We cannot tell you just how much fun it was to see Lisa and to add to the decades long conversation that has continued since we were teenagers. So exciting to meet up with our 2nd visitor from home (feels like forever since we were on safari with Aunt Casey!). We parted ways this afternoon, virtually guaranteed to see each other next August.